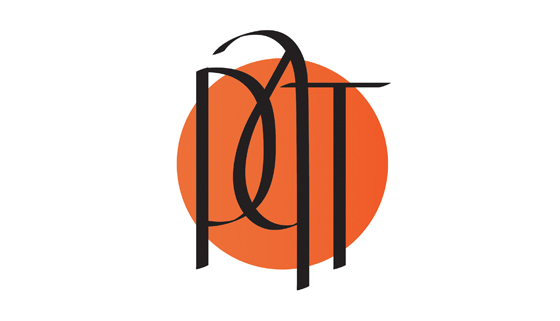 View some of our current public artworks in the Waimakariri District.

The letterbox sculpture by Kaiapoi artist Mark Larsen was commissioned by All Together Kaiapoi (formerly You Me We Us Kaiapoi) to commemorate the loss of around 1,000 homes post quake and the streets forever lost. Members of YMWU Kaiapoi collected the letterboxes from the red zone with permission form the government. Click image to expand.

The Ruataniwha Water Feature was donated by the Margaret Blackwell Trust in 2016. The Kaiapoi Obelisks were built in 2009, commissioned by Waimakariri Community Arts Council, the same body that manages both Art on the Quay in the Kaiapoi library and the Chamber Gallery in Rangiora library.

Two stand on opposite sides of the Kaiapoi river and are by mother and son artists from Rangiora. Ceramic artist, Margaret Reilly’s, commemorates the freezing workers like her father, who travelled from far and wide to work at the Kaiapoi Freezing Works and is sited on the western bank. Her son, sculptor Michael Michaels, shows the salmon caught in the Kaiapoi River and is on the opposite side of the river at the corner of the walkway where Smith Street meets Charles Street. 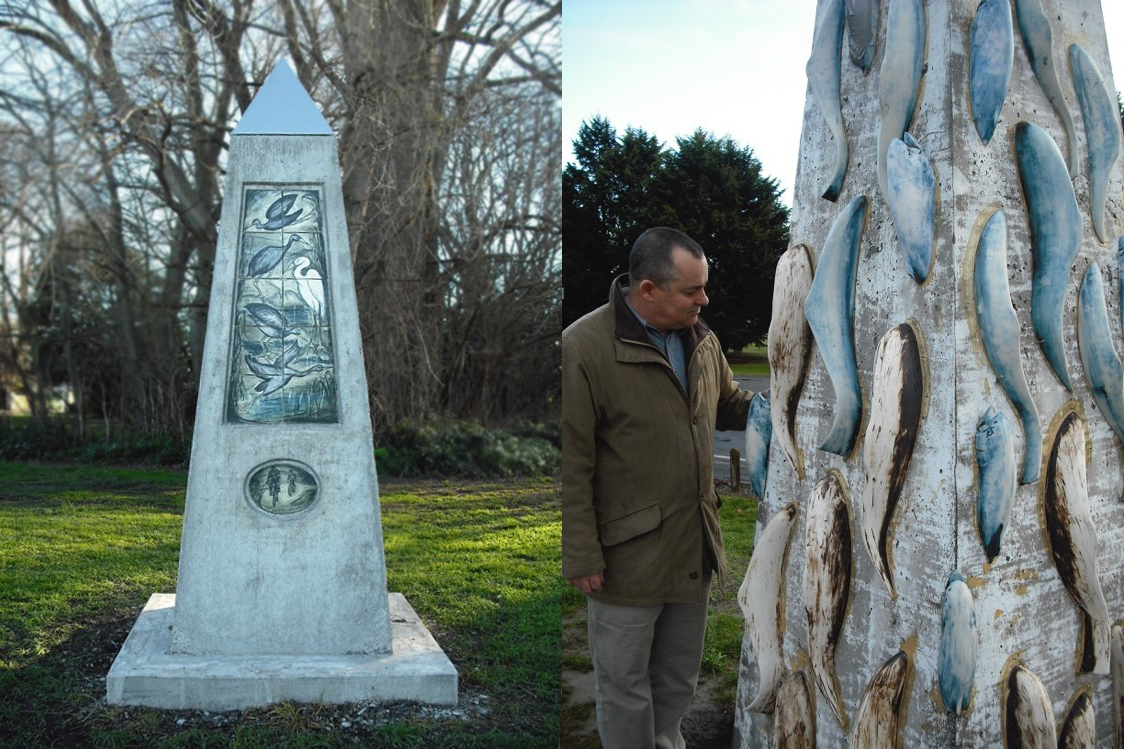 The 2010 quakes resulted in the removal of the two on the eastern side of the town while repairs were made to the land and were reinstated in 2020 in time for the ten year anniversary of the quake.

The obelisk on the northern bank is crafted by ceramic artist Susan Sky and invites walkers to follow the path. The metal sculpture of a swooping bird by sculptor Ian Lamont sits atop. 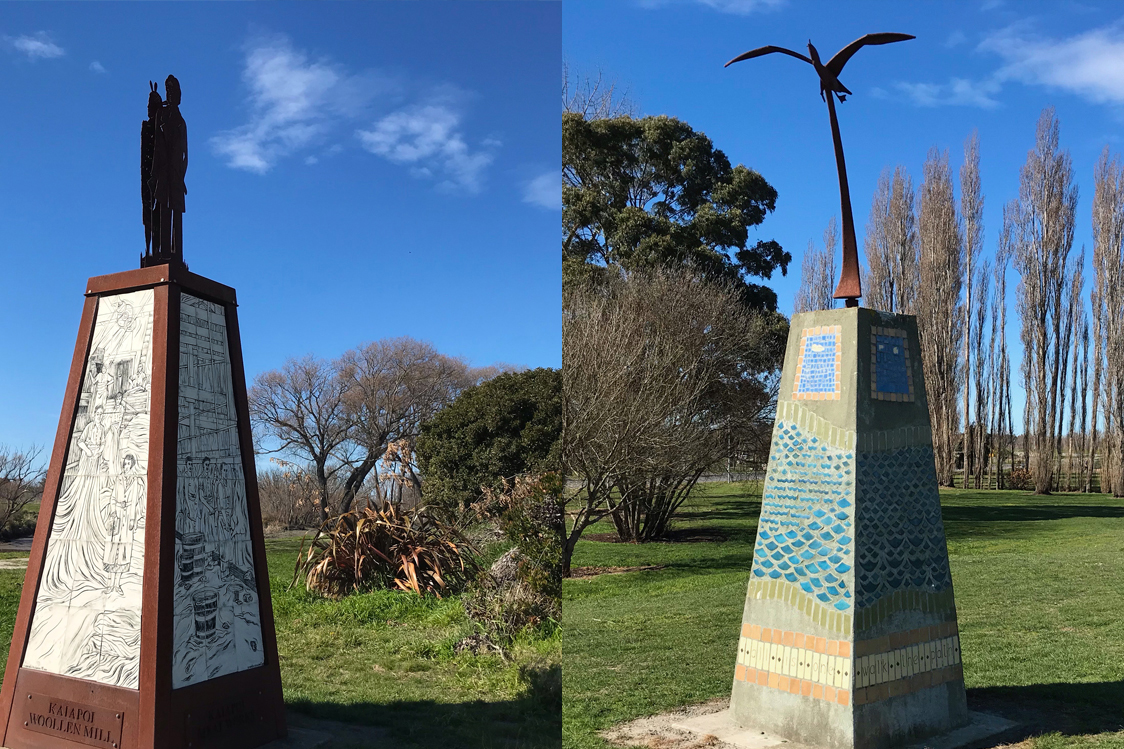 Across the river stands the final one on the south bank further to the east and can be found by walking the south stop bank in an easterly direction from the town.

Woodend artists Rachel Harre and Frank Malone created the four panels on the sides depicting historic episodes from Kaiapoi’s past and a copy in metal of the crest of the Kaiapoi Borough Council is fixed to the top. The freezing works, woollen mills, wharf and Kaiapoi pa are all captured in clay in the original style of Harre as artist and Malone, ceramicist.

A crane that represents the time Kaiapoi was a thriving port was reinstalled not far from the Susan Sky obelisk and was originally commissioned by the Kaiapoi Community Board of the time, designed and constructed by Dean Johnston’s JBFX. The Arts Council team of Miranda Hales, Margaret Martin and Jenny Stone was led by Jackie Watson, a current Community Board member. All four raised funds for the project and worked with the artists on site to realise its completion.

Creative Communities, Mitre 10 McAlpines Ltd and the Kaiapoi Community Board contributed to the Sky/Lamont obelisk while Chris Marshall of Bridgewater in Ohoka was the sponsor for the Harre/Malone obelisk.

Each obelisk contains a time capsule from 2009. Click images to expand. 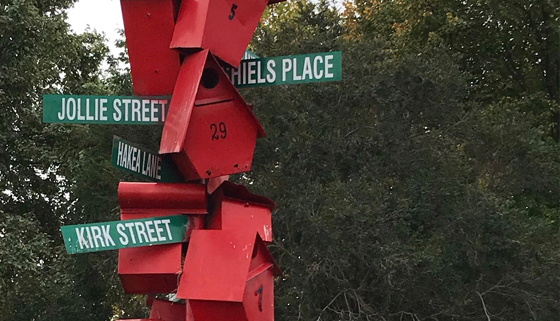 Meet the dedicated volunteers who make up the Board of...