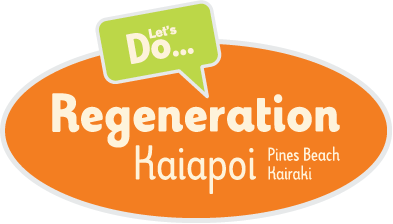 The newly constructed road link between Feldwick Drive and Cass Street opened to traffic August 2018. It is now known as "Feldwick Drive.'

Feldwick Drive opened all the way through for traffic on Monday 6 August 2018. An official opening was held on Saturday 18 August with over 200 people in attendance and an ‘opening drive’ featuring over forty classic and vintage cars – led off by the Mayor’s classic 1968 Ford Corsair.

In late January residents were delivered an information notice to notify the start of works on 1 February with an expected completion of June 2018.

The Recovery Plan included a new road link between Feldwick Drive and Cass Street. We understand that residents have spent a long time with difficult road conditions and are keen to see permanent repairs made. The approval of the Recovery Plan means this is now possible.

The purpose of the new road is to:

In 2017, while progressing the design, consents and contract for new road, we were also working with Land Information New Zealand to secure the land to build the road.

Jones Street will be repaired later when the design of Cass Street and the mixed use business area is known. This could include a new roundabout at Jones and Cass Street.

The new road will be 6-7m wide, with one lane in each direction. Where the new road meets Gray Crescent, Bracebridge Street, and Oram Place ‘T’ intersections are proposed.

At each of the new intersections there may be a change in road surface (for example pavers). At the entrance to Gray Crescent, Bracebridge Street and Oram Place a raised platform is proposed.

A 3.0m wide shared footpath is planned on one side of the street (next to the new sport and recreation reserve). A mix of shallow grass swales and kerb and channel are proposed for stormwater drainage.

Trees will be planted on both sides of the road. During the consultation (see Community Feedback below) on the design of the new road link between Feldwick Drive and Cass Street we received some feedback on what trees might be planted. Construction of the new road link is expected to be completed next year and street trees will be planted in the next planting season after construction is finished.  We asked for community feedback from 1 to 28 February 2018 about the tree species proposed to be planted. See below Community feedback - Street trees (February 2018). 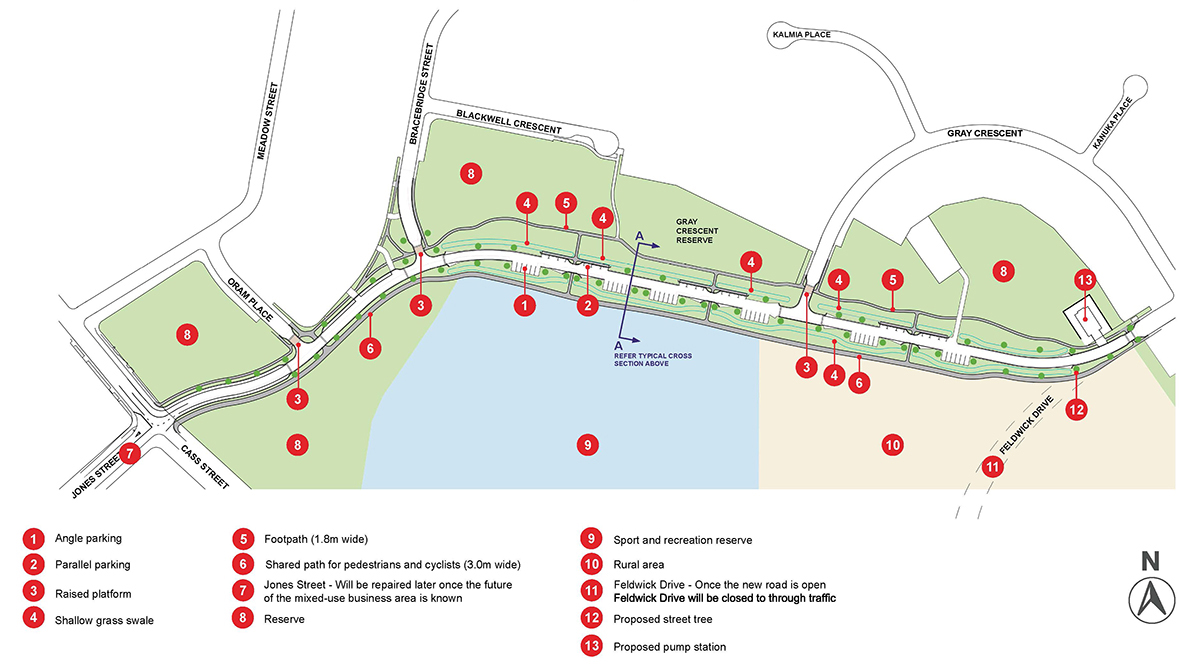 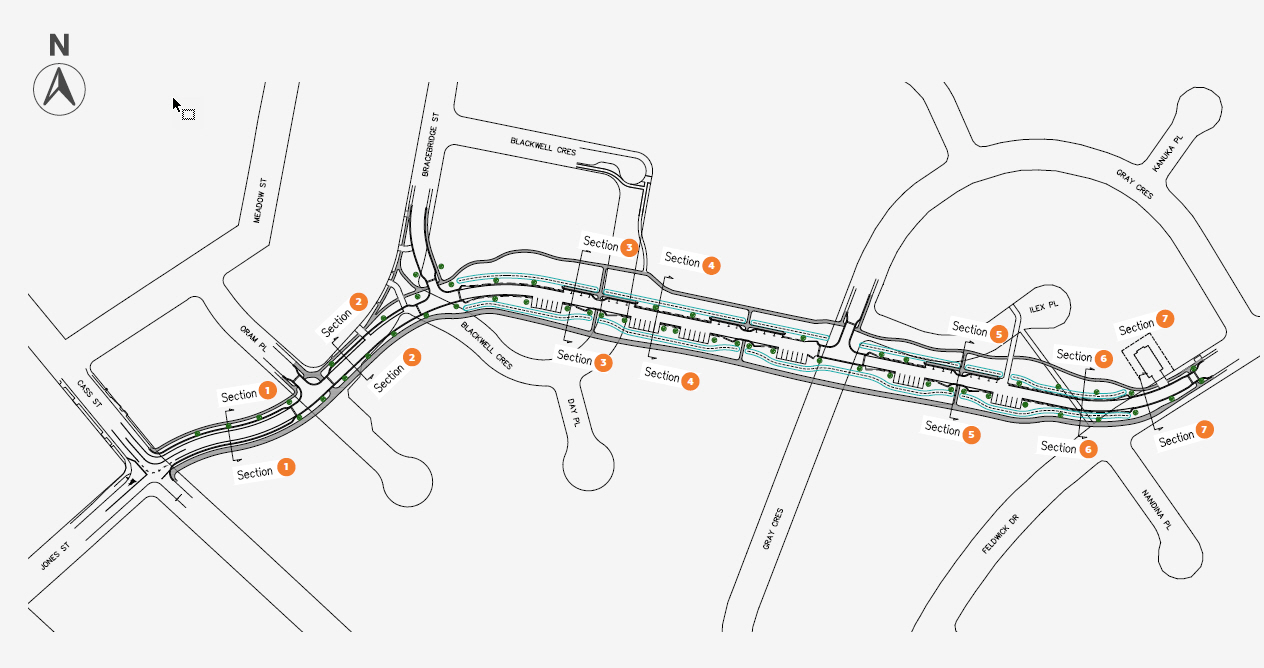 The construction of the new road link will start on 1 February 2018 and be finished by mid-August 2018.

Additional works have been awarded to Texco Excavating Ltd to complete as part of the current contract. The following works
will commence on 23 July 2018 and be completed by the end of September 2018.

A new water trunk main (underground pipe) will be installed in the roads along the northern edge of the Kaiapoi East Regeneration Area from Williams Street to Beach Road. This water main will replace abandoned mains and provide a more reliable and resilient water supply. It will also improve the fire-fighting capacity for the area. These works started in May 2017 and were finished in late 2017.

New and replacement sewer mains (underground pipes) will be installed to service properties north of the Kaiapoi East Regeneration Area. A new wastewater pump station will also be built on Feldwick Drive near Gray Crescent. These works will greatly improve the reliability of the wastewater system, and it will no longer rely on damaged sewer pipes that pass through the regeneration area. These works started in June 2017 and were finished late 2017.

Council will also be undertaking some minor road works. This includes installing turning heads at Moore Street (near Shiels Place) and at Blackwell Crescent (near Gray Crescent Reserve). This will make these no-through roads. These works are expected to start in August 2017.

We asked the community for feedback from 1 February to 28 February 2018 on the tree species proposed to be planted in the road reserves alongside the new road from Feldwick Drive to Cass Street. Information flyers were delivered on 1 February 2018 to the residents living in this area. The flyers will provide details of the proposed trees and a map showing where they will be planted. We received one submission endorsing the proposed tree species.

We asked for community feedback on the roading design from 2 May to 24 May 2017.

You can read the consultation feedback and the staff response here: