Descendants of Ngāi Tūāhuriri (along with other Ngāi Tahu whanui) have resided in the area now known as the Waimakariri District for over 40 generations.

Descendants of Ngāi Tūāhuriri (along with other Ngāi Tahu whanui) have resided in the area now known as the Waimakariri District for over 40 generations. This rich Ngāi Tahu history and tribal authority is underpinned by spiritual and whakapapa connections, occupation, land and the use and management of resources.

The territorial area governed by the Waimakariri District Council sits within the takiwā (territory) Ngāi Tūāhuriri which is one of eighteen Ngāi Tahu regional papatipu rūnanga, constituted under the Te Rūnanga o Ngāi Tahu Act 1996 to represent mana whenua interests.

A Memorandum of Understanding (MOU) between the Council and Te Ngāi Tūāhuriri Rūnanga was first developed in 2003 and renewed in 2012. It responds to the spirit and intent of the provisions of the Local Government Act passed in 2002.

The purpose of the MOU is to develop a mutually  beneficial relationship between the Waimakariri District Council and Te Ngāi Tūāhuriri Rūnanga based upon the core values of the parties.

The MOU seeks to establish and provide for a clear understanding of the basis and on-going conduct of the partnership relationship between the Waimakariri District Council and Te Ngāi Tūāhuriri Rūnanga. 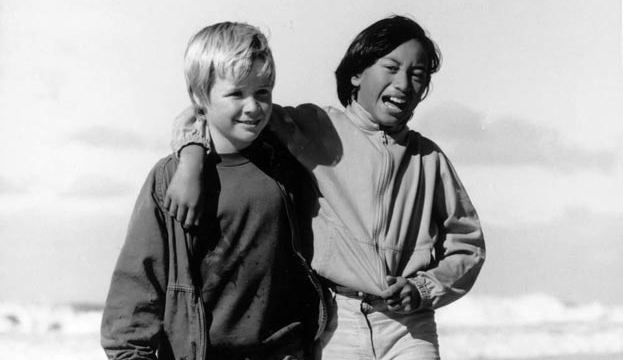 The Local Government Act 2002 recognises and respects the Crown’s obligations under the Treaty of Waitangi by placing some specific obligations on councils.

The Act includes requirements for councils to:

These provisions apply to all Māori in the city, district, or region. They acknowledge that Māori other than mana whenua may be resident in the area.

The intent is for both local authorities and Māori organisations to move beyond engaging on matters of environmental and cultural importance only.

An important stated outcome the Council aims to achieve is that public effect is given to the spirit of the Treaty of Waitangi. A key way towards achieving this aim is for the Council and Te Ngāi Tūāhuriri Rūnanga through the MOU to continue to build their relationship.

Each year in the Council’s published Annual Report is a disclosure which summarises the actions taken by the Council to give effect to these outcomes.

The Council also has important relationships with the Trustees and descendant land owners of various areas in the District reserved for Māori, stretching back to the 1840s, but a small fraction of the original extent of land held by Māori. This includes land in a number of Māori Reserves, the most significant being MR873 which encompasses around 1,000 hectares between Rangiora, Kaiapoi and Woodend. Dialogue and cooperation with the Trustees of the Marae at Tuahiwi, the Kaiapoi Pa Trustees and the Trustees of the Fenton Reserve and Entitlements at the Ashley-Rakahuri river estuary is important to the Council.

The significance of these documents and the collaborative actions they mandate to improve the wellbeing of Greater Christchurch has grown measurably from the joint efforts since 2010 to recover from the effects of the Canterbury Earthquakes.

The rohe or takiwā (district) of Ngāi Tūāhuriri extends from the Hurunui River in the north, to the Hakatere River in the south, and inland to the Main Divide. It has Tuahiwi as its centre.

Panui on Some Cultural Aspects

Each month Council senior management and staff meet with members of the Rūnanga Executive to discuss matters of mutual interest. If you have matters which you feel should be discussed at these meetings, in other words projects which may impact on the Rūnanga, you should bring these to the attention of your Manager, so that they may be placed on the agenda. You will then be invited to present your project for discussion at one of these meetings.

There is also an annual Hui (Hui a Tau) at which matters discussed and agreed on at this meeting, form part of the Rūnanga submission to the Council’s Annual Plan.

At the start of each of these Hui, held alternate years at the Council or Tuahiwi, a formal welcome is given to the visitors (Council if at Tuahiwi and Te Ngāi Tūāhuriri Rūnanga, if at Rangiora). For further explanation on protocol please refer to page 18.

The Council has its own waiata of welcome which was written by the late Ruahine Crofts and this is usually sung to support the Mayor.

The Council also has a Kaumātua or elder from Tuahiwi who is appointed to help and advise the Council on matters to do with the local iwi.

The Mayor, Councillors, Management and staff, attended the tangi of the late John Crofts and at which the Waiata Group sang in support of the Council speakers.

There have also been other occasions when the Council and the Rūnanga have come together, one being the opening of the Ashley River Bridge, at Cones Road, when the bridge was blessed before the start of the official opening. Another occasion was the opening Ruataniwha Kaiapoi Civic Centre.

The Council’s two Waiata Groups (Rangiora and Kaiapoi) consist (2016) of Council staff with some Councillors and Community Board members. They have performed on many occasions at various events. Councillors, Community Board members and staff are welcome to join this group. Currently the Rangiora Group perform two waiata or songs at each Citizenship Ceremony held every two months. One of these waiata is the National Anthem sung in both Māori and English.

He waiata for Waimakariri District Council

Kaitito: Ruahine Crofts
Tune: The Whole World Smiles with You

Greetings and Salutations to you
The people/ the Iwi/ Tangata Whenua
Of Ngāi Tūāhuriri
Our best wishes we convey to you all.
We are the Group from the District Council
Of Waimakariri who
Have come to join with you
In strengthening our relationship in
The spirit of togetherness
Aue tātou ia, tātou e

Note: Although the Council waiata should normally be used only when visiting Tuahiwi, it has been used on other occasions due to its mana as a mark of respect to the Te Ngāi Tūāhuriri Rūnanga and the Crofts whanau from which it came.