Safer Speeds a Priority for Rangiora-Ashley Community Board

The Rangiora-Ashley Community Board approved a recommendation that Council adopts changes to speed limits on several roads in Cust, Rangiora and Tuahiwi at their November meeting last week.

A District-wide review of speed limits is underway and the town entrances of Rangiora and Cust have been reviewed due to significant urban development that has taken place in recent years.

Growth and development has caused the towns to expand outwards, resulting in rural residential speed limits being designated in an urban residential setting. 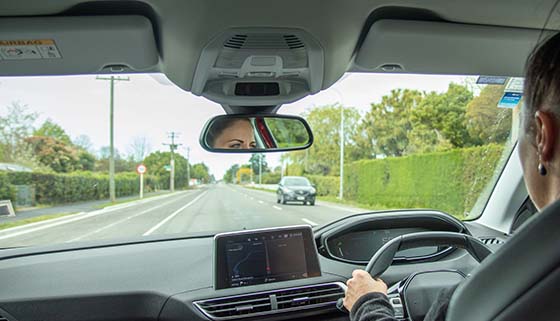 Board Chair Jim Gerard acknowledged the rapid growth of the District which has changed the nature of many roads, particularly those that were once in a rural environment, where speeds are no longer appropriate or safe.

“With an increase in people living in the Waimakariri District and many more expected over coming years, the risk of severe crashes and injury also increases. The Board endorse the proposals to make safer speed limits,” Jim said.

Waka Kotahi are also working toward a future where no-one is killed or seriously injured in road crashes in New Zealand and say a lot of change is needed. Making speeds safer is one thing that can be done to make a big difference immediately.

Public consultation was carried out during September and October and the majority of responses received for the Cust area favoured lower speed limits, with mixed responses for the Rangiora area.

Council will meet in December to consider all four Community Boards feedback and recommendations, as well as the feedback received during recent public consultation before deciding whether to adopt the speed limit changes.

The Board asked staff to review vehicle movements at the Albert Street/High Street intersection, and provide options for consideration.  Staff presented options to the Board including an option to retain the status quo and to continue to monitor performance at the intersection or an option to ban the right turn with signage.

The Board agreed with the option to ban the right turn and installing a No Right Turn control (signage only) at the intersection of Albert Street and High Street.

The Board approved a request from the Coldstream Tennis Club to site a container in Coldstream Road to provide temporary accommodation until their new pavilion build is completed. The tennis courts will be opening in late November 2021 and will be available for play by both club members and the public. However the clubhouse is not expected to be completed until August/September 2022. The container will be on-site for no more than one year and will provide shelter for players and storage for tennis bags during play.