Know a young person who would benefit from driver training? Anyone who visits the ‘Decepta’ car at the Oxford A&P Show this Saturday can enter the draw for one of three spots on the Street Smart Young Driver course worth $150 each. 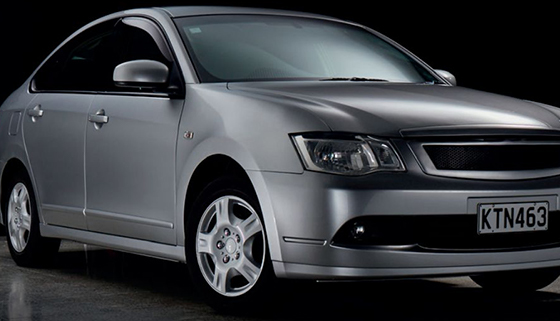 You may not have heard of the Decepta, but you’ve probably seen it in a series of memorable television adverts from Waka Kotahi NZ Transport Agency. While the car appears to be a normal sedan from the outside, a quick look inside gives a sobering view of the damage that may be caused by a crash in a 1-star car.

The Decepta illustrates a serious message: you are twice as likely to die or be seriously injured in a crash in a 1-star compared to a 5-star rated vehicle.

“By getting the Decepta in front of New Zealanders, we can show the potential aftermath of a crash inside a 1-star rated vehicle, which we hope will make people think twice and consider purchasing the safest vehicle they can afford,” says Waka Kotahi Senior Road Safety Manager Fabian Marsh.

Fabian says the fictional car is part of a broader effort to raise awareness of how safer vehicles can save lives.

“People make mistakes, and some crashes are inevitable, but we don’t accept that anyone should be killed or seriously injured by using our road network. More than 40 percent of New Zealand’s light vehicles have 1-star and 2-star safety ratings – which is 1.65 million cars. If we can get more people driving higher safety-rated vehicles we can save many lives and prevent serious injuries.”

The Decepta can be found at the Waimakariri District Council’s marquee during the Oxford A&P show.  All visitors can choose to enter the draw to win one of the three spots at the Street Smart Young Driver course to be held at Mike Pero Motorsport Park on Tuesday 27 April.

To check the safety rating of your vehicle - visit rightcar.govt.nz