Safety improvements on State Highway 1 through Woodend were a hot topic again at the Woodend-Sefton Community Board meeting this week.

The Board have been strong advocates for improving safety in this area. While this has been an ongoing issue over a number of years, it’s creating more and more concern as residential and commercial development in the area continues at a fast rate. 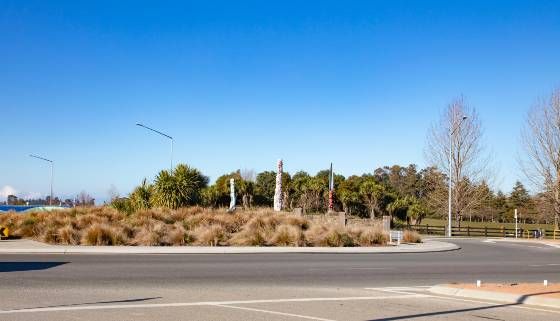 The Board feel this matter needs to be addressed and will be inviting Waka Kotahi (NZTA) to attend an upcoming meeting. The Board are very disappointed at the lack of progress on safety improvements in Woodend, which the public were consulted on over two years ago.

Board Chairperson Shona Powell said, “The level of frustration in the community is high and the Board want to see action. We have heard a lot of talk about improvements but no funding to back those words up.

“With the opening of Bob Robertson Drive and the supermarket in Ravenswood, there has been an increase in the number of cyclists and walkers. Seeing people walking along the edge of SH1 and others trying to cross at the roundabout, it is starting to resemble dodgems, but the end result could be tragic."

There was no mention of these projects being funded in the recently released National Land Transport Plan (2021-24). The Board believe that safety improvements are needed now to create some breaks in the traffic and allow people to access SH1 safely.

The Board went on to workshop options for their annual landscaping budget. This is always a lively discussion on how best to use this budget to benefit the wider community.  It was good to reflect on the breadth of previously funded projects from the colourful Welcome to Waikuku Beach sign to a seat and planting in the Sefton domain.  The Board has asked for some further work and more costing information on a shortlist of possible projects.

The Board approved a funding grant of $500 to the Life Education Trust towards the delivery of the Healthy Harold Programme.

The next Woodend-Sefton Community Board meeting will be on Monday 8 November at 6pm in the Woodend Community Centre and the public are very welcome to attend.