Flooding and Funding on Board Agenda

Council staff provided the Rangiora-Ashley Community Board with an update on the proposed Ashley Street Stormwater Pipe Upgrade at their April meeting last week. 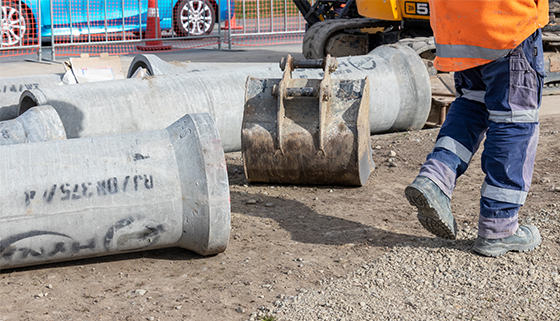 This project will increase stormwater capacity during more significant storm events, reducing the extent and duration of flooding on Ashley Street, near the intersections of Good Street, Golding Avenue and Kingsbury Avenue during larger rainfall events.

The primary stormwater reticulation in the area doesn’t meet the required level of service, and flooding has been an ongoing issue for a number of years.

The Board went on to confirm their submission to the draft Long Term Plan 2021/31, which sets out the Council’s priorities for the next 10 years.

“The draft Long Term Plan is important for the community and has wide ranging impacts on rates. We were pleased to put our views forward in the formal submission and look forward to the outcomes which will be announced in June”, said Board Chair Jim Gerard.

The submission outlined the Boards views on key topics, including:

Providing Community Facilities at Pegasus and Ravenswood: support for Option C – build one combined facility at either Pegasus or north Woodend. The Board felt that at present there is no requirement for a further community facility in Ravenswood and supports a combined facility at Pegasus. They also noted they are against any consideration of a further aquatic facility in the District, however would like Council to consider expanding the play features at Dudley Pool.

Expand and Upgrade the Trevor Inch Memorial Library and Rangiora Civic Building: support for Option A with deferral of timing to 2028. The Board would like to see the museum incorporated into the library complex but considered it premature to expand the current building. They support deferring until there is better clarity and understanding of the impact that the water infrastructure review will have on the District.

Build a Car Park Building to Service Rangiora Town Centre: the Board is aware that land in Durham Street is leased by Council and if it can be secured for the next several years, the Board is comfortable with the deferment of the new parking building. If not, they would like to see this project go ahead and would support Option A.

The Community Board’s full draft Long Term Plan submission can be viewed on page 94 of the Agenda.

The Board also supported Council’s submission on Environment Canterbury’s draft LTP, and rejected both Option One and Two outlined in the Consultation Document. The Board was opposed to the very steep rates rise, which for an urban Rangiora property amounts to around 33 percent. It urged ECan to reconsider its priorities, take non-urgent work out, and fund by borrowing where possible as such a rate rise is unacceptable.

Staff presented an update on the Cust Headworks Renewal Project. The contract for the work has been awarded to On-Grade Excavation and work is set to begin in mid-April.

Finally, the Board were pleased to approve  a Discretionary Grant of $500 to the Rangiora Menz Shed towards the purchase of a bench top router.

The next Rangiora-Ashley Community Board meeting will be held from 7pm on Wednesday 12 May in the Function Room at the Rangiora Town Hall. All are welcome to attend.