There’s good news for Waimakariri residents commuting to Christchurch as a range of new transport initiatives launch next week. 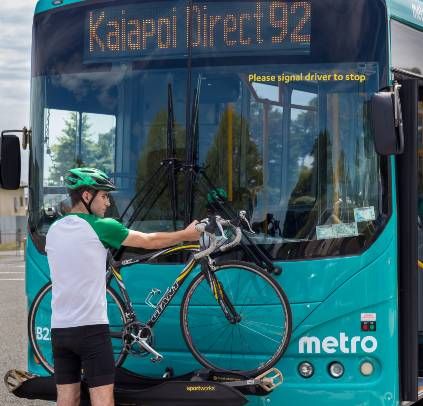 On Monday 11 January, new Park and Ride facilities in Kaiapoi and Rangiora open which will be serviced by new  buses providing a more direct route into the city using the new Christchurch northern motorway.

As an added bonus the first two weeks of travel on the direct buses will be free.

For those that still need to travel by car the T2 lanes on the Christchurch northern motorway will be open for those travelling with two or more people.

For anyone who is feeling energetic there’s the new shared path alongside the motorway providing a safer link between the Waimakariri and Christchurch for cyclists.

Together, the new options make it easier for commuters to bike, bus, car pool or use a combination of transport modes.

Four bus services in the morning, 91 Rangiora – City direct and 92 Kaiapoi – City direct will take passengers from the Park & Ride locations to key hubs within central Christchurch without stopping.

These services  which will have WIFI and are expected to provide a faster bus option than was previously available.

Each service will run Monday to Friday at peak times, with four trips in the morning to the central city, and five afternoon trips back to the Park & Rides.

Timetables are available at metro.co.nz.

The T2 lanes can be used by vehicles with two or more people in them, as well as buses and motorcycles.

Carpooling saves money and is more environmentally friendly than driving alone. It can cut fuel and parking costs, while reducing congestion and harmful emissions. Car or bus passengers can also put their commuting time to better use.

The Park & Ride facilities will provide between 40-100 carparks with lighting, security cameras and facilities for secure bike storage. Parking will be free. 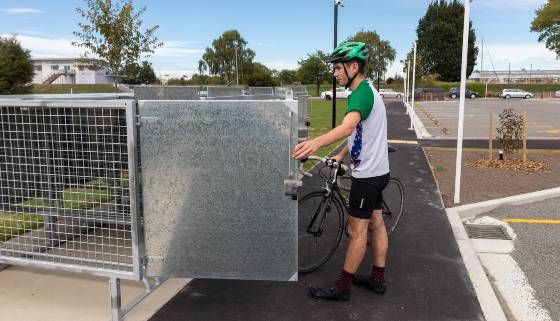 The bike storage facilities at each site are easy to use – users should open the main door using the black handle, slide open the top for easy access, slide their bike into place and close up the cage. Users will need their own padlock to lock the cage on the top right hand corner of the door.

There are a few finishing touches to be completed at some of the Park & Ride sites in the next few weeks. This includes tidying up some of the surfaces, line marking and installing signage.

In Rangiora the No1 Route (Blue Line) will also stop at the Park and Ride sites.

In Kaiapoi the No 1 Route (Blue Line)  and Route 95 City Waikuku/Pegasus to City will continue to use stops on Williams Street and Main North Road with the Park and Ride sites a short walk away.