Our Rubbish Recycling – Over Half of all Recycling Binned

Over the last nine weeks, more than half of the Waimakariri’s kerbside recycling has been so contaminated with rubbish it was sent to the landfill - resulting in an additional $120,187 cost to ratepayers in landfill charges. 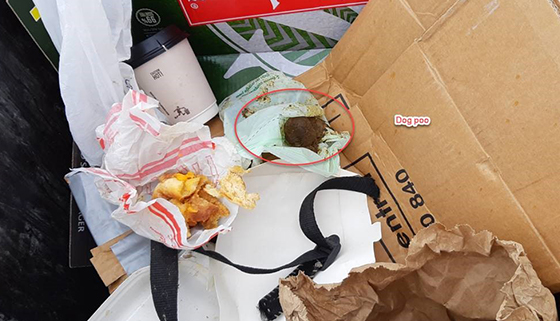 The Council have been taking a closer look at kerbside recycling bins through spot-checks following a spike in recycling contamination earlier this year. The aim of the exercise is to see first-hand the items causing contamination, and let residents know where they’re going wrong.

“It’s heartening to see residents making an effort to improve their recycling,” says Kitty. “If in doubt about an item, it’s best to throw it out so that it doesn’t contaminate the rest of the recycling.”

She says that while some improvement has been made, the statistics gathered over the last nine weeks speak volumes about the level of complacency being seen in some areas when it comes to recycling.

The results of the daily checks are available publicly on the Council website and show that the percentage of recycling being sent to the landfill hasn’t dropped below fifty percent over the last nine weeks.

So far, in areas being spot-checked, 1,415 yellow bins have been left uncollected since October as they contained unacceptable amounts of food, rubbish and other non-recyclable items. The worst of the bins are issued with a warning and residents who repeatedly fail to improve their recycling habits could ultimately see their service discontinued.

To date, only two bins have had to be removed owing to continued contamination.

“Bin removals don’t come out of the blue, we’re giving people plenty of information and opportunities to improve before we take that step. We’re really pleased to see that people are taking on board the information they receive in their letterbox or on their bin handle when changes need to be made”, says Kitty.

The results of the bin checks can be viewed here.

View what can and can't go in the recycling bin here.