New direct bus services from Waimakariri to central Christchurch, starting Monday 11 January 2021, will be free for the first two weeks. 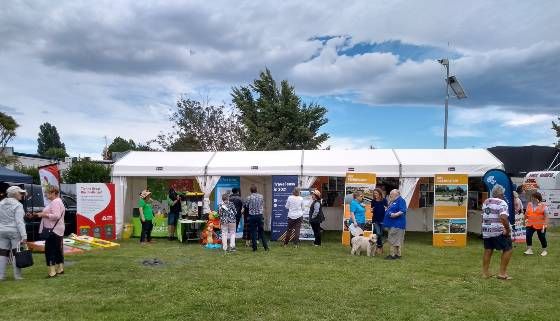 Transport portfolio lead Cr Phil Clearwater said that the quieter January period is an ideal time to encourage people to try the new services out.

“People who are back at work from 11 January onwards can take this great opportunity to try the new services out for free for a couple of weeks, to see if the bus works for them.”

The 91 Rangiora – City direct and 92 Kaiapoi – City direct will pick up from the Park & Ride locations, and drop off at key hubs within central Christchurch, with no stopping along the way. The afternoon return service will be the same.

Each service will run Monday to Friday, with four trips in the morning to the central city, and five afternoon trips back to the Park & Rides. Timetables are now available at metro.co.nz.

Waimakariri Mayor Dan Gordon said, “This is a game changer for the Waimakariri District and great result for the community. The direct services and Park & Ride provide a fantastic opportunity for people to look at how they commute into the city, even if it’s to try it once or twice a week.

"By using the buses people can jump the traffic queues and help reduce emissions as well as saving on petrol and parking costs. This has been a great partnership between our council, Waka Kotahi NZ Transport Agency, Environment Canterbury and Christchurch City Council,” he said.

The buses will use the new T2 lanes on the Christchurch Northern Motorway, and the dedicated bus lanes on Cranford Street, but can use other routes depending on traffic.

T2 lanes can be used by vehicles with two or more people in them, as well as buses and motorcycles. Learn more about T2 lanes.

Councillor Clearwater adds that running free buses at the beginning of the new services is alongside commitments from other partner organisations that have all been working closely with Waka Kotahi NZ Transport Agency to ensure that the T2 lanes on the Christchurch Northern Motorway are successful, and that the new buses are well-used by the community.

“We are really happy to be able to offer this period of free travel to support the new services getting off to a strong start. This is alongside our partners at Waimakariri District Council building the new Park & Rides and Christchurch City Council approving bus lanes on Cranford Street,” Cr Clearwater said.

The free travel is on the 91 and 92 services only, from Monday 11 to Friday 22 January inclusive. Normal Metro fares apply on all other services, including the other routes in the Waimakariri District: 1 Rangiora to Cashmere, 95 Pegasus/Waikuku to City and 97 Pegasus to Rangiora.