Temporary speed reductions will soon be in place on both Flaxton Road and Fernside Road, on all approaches to the intersection.

Council’s Roading and Transport Manager Joanne McBride says an increase in traffic volumes and several crashes at the intersection in the last two years, two of which have been serious, have prompted the temporary reduction the speed limits.

The length of Fernside Road east, between Flaxton Road and Lineside Road, will be reduced from 100km/h to 80km/h.

The reductions are temporary until the new roundabout is constructed, with work expected to begin in January 2021. Funding for the roundabout was approved by Waka Kotahi NZ Transport Agency in mid-2020 and design work is currently underway.  It is anticipated the roundabout will be constructed by the end of June 2021.

Consultation on permanent speed limit changes in this area will take place over the coming months.

Speed limits on sections on Flaxton Rd and west along Fernside Road were reduced from 100km/h to 80km/h in late December 2016. 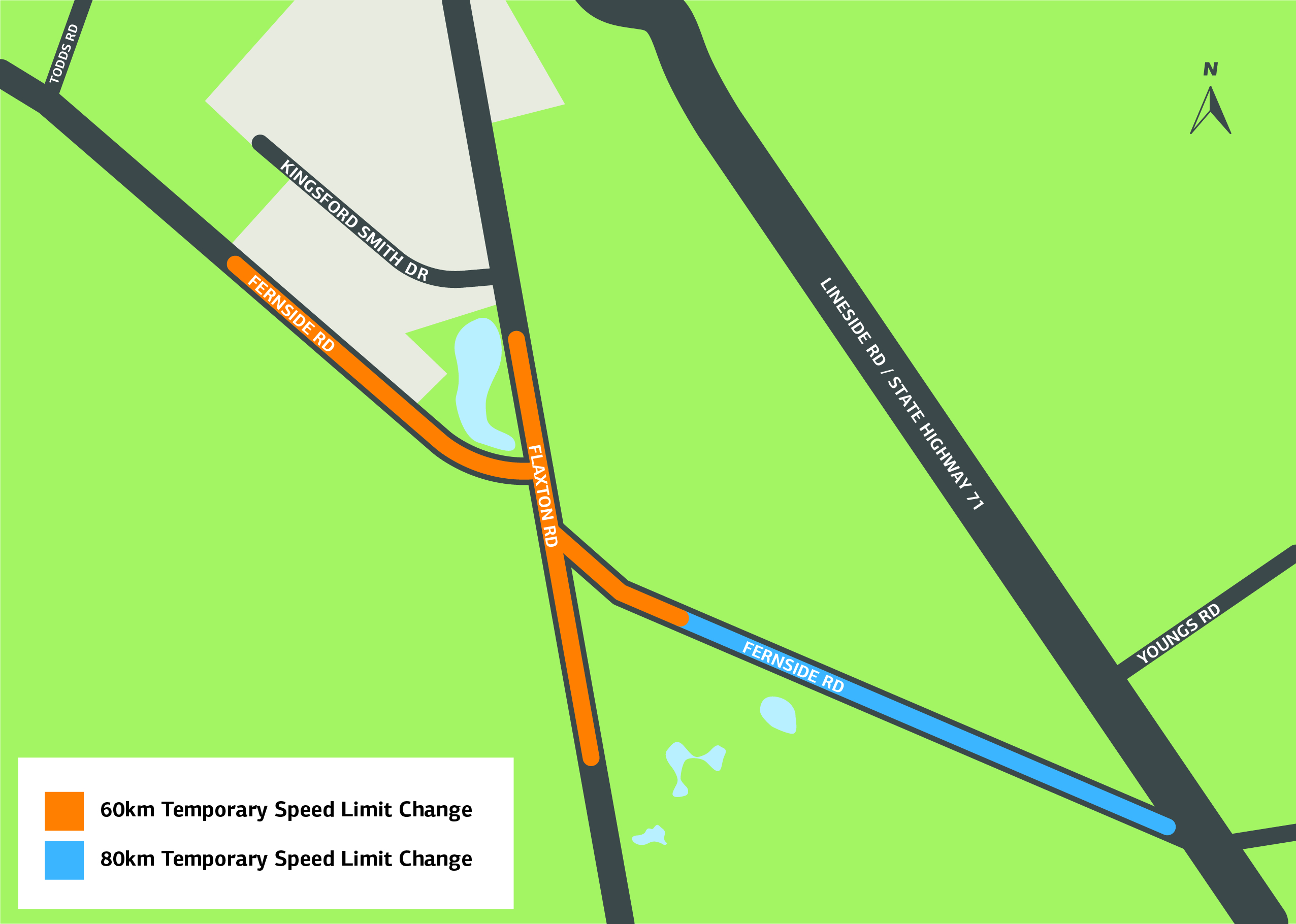