COVID-19 We are currently in Alert Level 2. Find out what this means for Council services... Read more

As the 10th Anniversary of the first Canterbury Quake approaches, the Kaiapoi-Tuahiwi Community Board signalled its support of the District’s commemoration event in their July meeting. 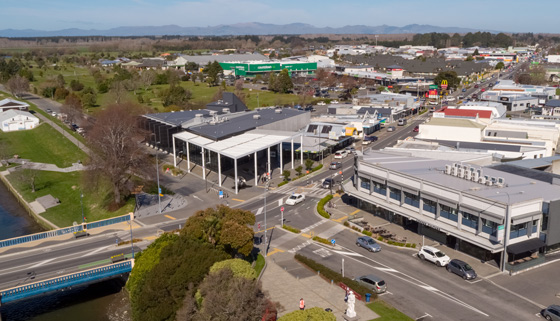 Board members unanimously voted to grant $1,000 to All Together Kaiapoi (formerly You Me We Us Kaiapoi) to help cover the costs of an event planned for Kaiapoi on Friday 4 September.

All Together Kaiapoi says while it will be held on Williams Street in Kaiapoi, the commemoration will be an event for the whole District.  Some of the attractions proposed include food stalls, live music and a fireworks display.

Board Chair, Chris Greengrass, says the grant from the Board would assist in the remembrance of a defining moment in Waimakariri history.

“While in some ways the anniversary will be quite poignant for many of us, it’s also an opportunity to celebrate our Community’s remarkable resilience and share the story of our ongoing regeneration.” ~ Chris Greengrass

The District suffered significant damage as a result of the September 2010 Earthquake, particularly Kaiapoi, The Pines Beach and Kairaki Areas. Since then the District has undertaken significant regeneration in affected areas. As well as completing infrastructure repairs across Waimakariri, the Council has invested heavily in Kaiapoi with completion of the $9.5M Kaiapoi Marine Precinct, rebuild of Williams Street, construction of the Ruataniwha Kaiapoi Civic Centre, as well as the recent addition of new sports fields, BMX track and dog park.

The Board also awarded a grant of $200 to the Reflections Community Trust towards the cost of entertainment at the Waimakariri Light Party. Started in 2004 with approximately 350 attendees, the event is now in its 16th year and draws over 5,000 people from all over the District.  It will once again be hosted at Wylie Park, Kaiapoi on Saturday 31 October 2020 and provides a fun night for children and youth by offering a safe, family-friendly alternative to ‘trick or treating’.

Two deputations on the topic of local walking and cycling tracks were heard. The Woodend Community Association were seeking support from the Board for a proposal to build a direct cycling connection between Kaiapoi and Woodend, rather than waiting for the Woodend Bypass to be constructed by NZTA.

Graham Johnstone, a resident of Kaiapoi for 25 years, presented an idea for a new walking trail. He noted that in 2016 he did the Christchurch 360 Degree walk, and he always thought that something like that would be great for Kaiapoi. Over the Covid-19 lockdown he and his wife Marilyn did a lot of walking locally and came up with a 21km trail which circumnavigated Kaiapoi.  He believed it would be relatively affordable for the Council to complete the trail and a drawcard for the Town. The Board asked for a proposal to be presented to the Council’s Walking and Cycling Steering Group.

The next Kaiapoi-Tuahiwi Community Board meeting will take place at 5pm on Monday 17 August.