I was pleased to see Chris Bishop, the National Party’s spokesperson on Transport and Infrastructure announce that, if elected, National would commit to upgrading the Belfast to Pegasus motorway, including construction of the Woodend Bypass.

The Council has advocated for the Woodend Bypass for two decades seeking a safer and more connected community. The community in Waimakariri, and particularly Woodend/Pegasus, have rightly been very concerned about the need for safety improvements and it’s well known the growing traffic demands on this road will eventually require a bypass of Woodend.

While there is a need to implement the interim ‘stop-gap’ safety improvements immediately, as have been promised, construction of the Bypass is needed to provide long-term safety benefits and further facilitate development of the District’s eastern growth node of Woodend and Pegasus. 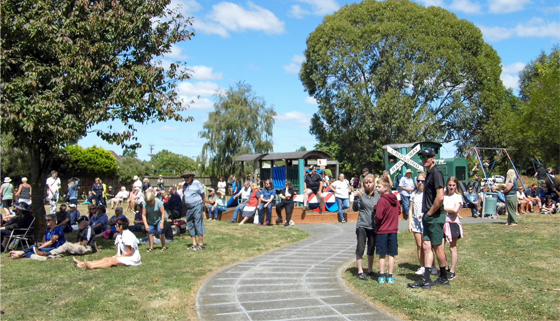 Photo: A community rally in early 2020 demonstrated wide spread support of interim safety improvements to the highway through Woodend as well as for building the Woodend Bypass.

Information on the NZTA proposed safety improvements and the Woodend Bypass is available here. A map showing the designated Bypass route can be viewed here.