As one of the District’s largest employers and an essential service, the Waimakariri District Council faced a huge task when given only a few days to find a way for its staff to work from home. 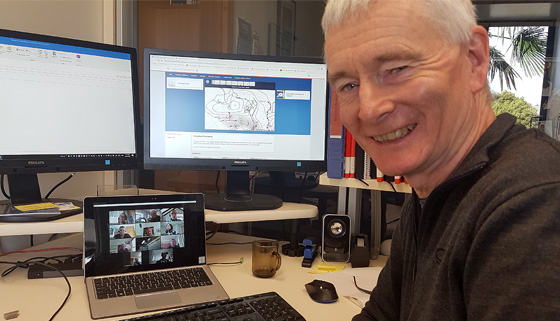 The IT team had started preparing for the possibility of remote working about two weeks before the lockdown was announced by the Government. With 380 computer users on staff, all with various remote working requirements, the task ahead was huge.

It was made somewhat easier by the recent focus on moving the Council onto Infrastructure as a Service (IaaS), meaning all on-site servers had already been replaced with a data centre based in Christchurch. However a huge increase in demand for bandwidth required the internet pipe coming into the Council systems to be increased five-fold and remote working solution, Citrix, scaled from just two to 16 servers.

Many tools such as email, intranet and the phone system were already remotely accessible; however more specialised software such as that used by the engineers had more demanding requirements and needed extra support from the team.

Chief Information Officer, Jolanda Simon, credits the IT team with helping to achieve a successful transition, “They’ve put in huge hours over the last few weeks to make sure this would work smoothly, however it’s actually all been underpinned by their previous year’s efforts in ensuring the Council’s technology was secure, stable and mobile-ready.”

Video conferencing software, Zoom, was also rolled out Council-wide and has been extensively used throughout the lockdown for everything from team meetings to running the Civil Defence Emergency Operation Centre. It has also played an essential part in allowing Council meetings and hearings to continue. 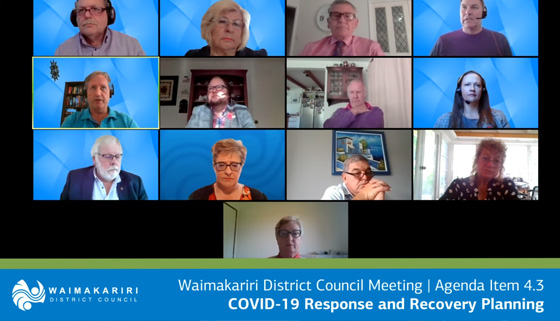 To preserve transparency around democratic decision-making and allow maintaining access to the public, the Council also started live streaming meetings.  This was new for the Council and so the technology was trialled on internal staff updates from the Chief Executive before being rolled out publicly.

Throughout the lockdown, a handful of essential employees have been working out of the Rangiora offices, including Civil Defence staff and the Customer Services Team who continue to support residents through email, phone and Facebook.  Work spaces were re-arranged to allow for physical distancing, sanitisation stations installed and extra cleaning was scheduled to help keep employees safe.

Chief Executive, Jim Palmer, says he’s proud of how the Council has responded, “I think one silver lining is that it’s shown us how quickly an organisation such as a Council, that’s traditionally viewed as bureaucratic and inflexible, can actually be innovative and adaptable.”

He says that following the recovery, changes such as more flexible working arrangements and new ways of using technology have the potential to become a more permanent part of the way the Council operates.