The taller parts of framing have started being put up this January giving scale to the size of Stadium Waimakariri.

The new facility will cost around $28m, be approximately 6,000m2 in size and house four indoor courts configured for futsal, handball, korfball, volleyball, netball, badminton and basketball. It will also house a central fitness facility, change rooms, coaching and meeting space and seat around 500 spectators.

As the build continues foundation pads are being progressively constructed in line with steel frames being delivered to site and then erected. 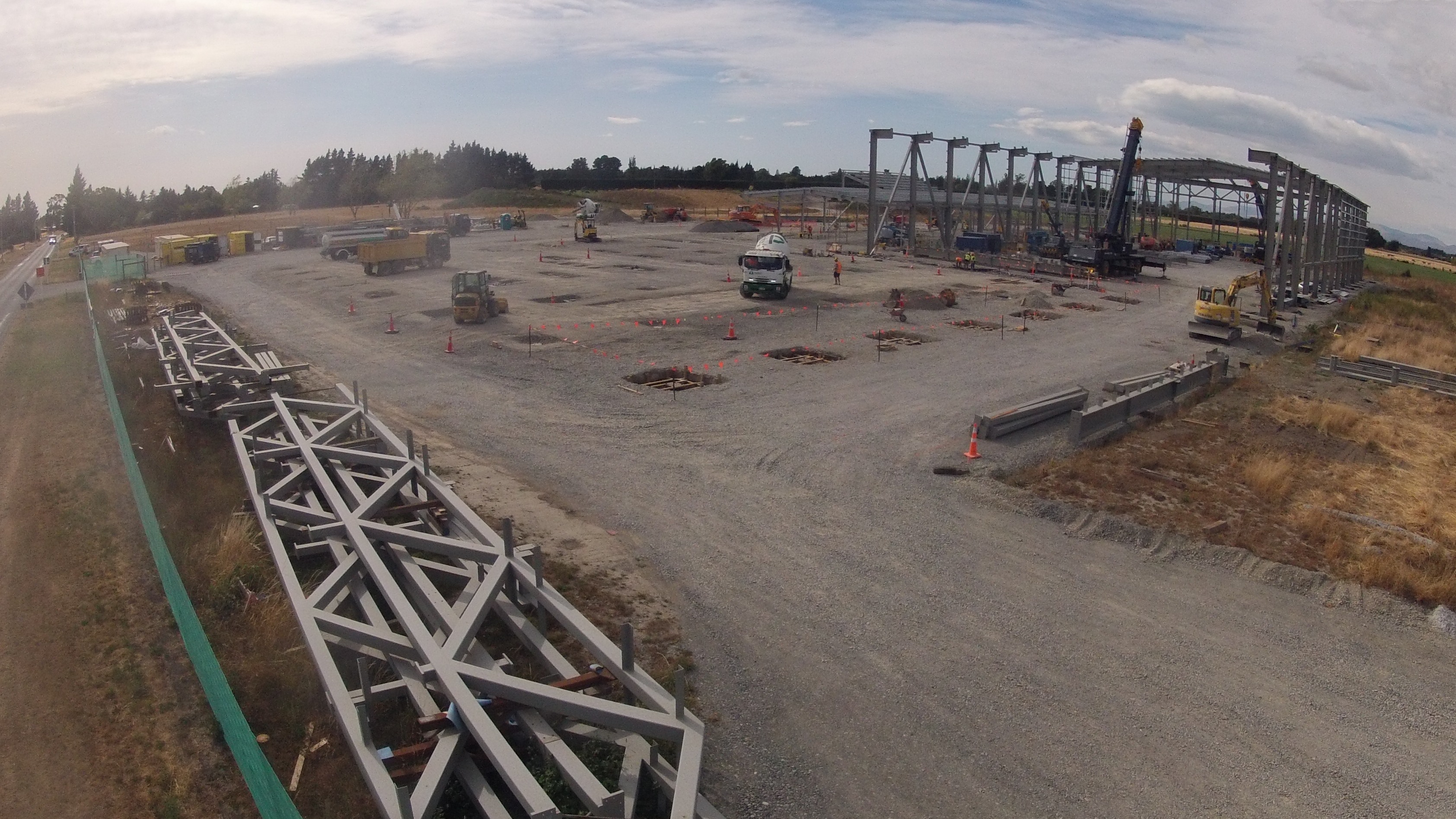 The latest work focuses on erecting the steel for zones one, two, three and four which includes the court facilities themselves.

Drainage and service infrastructure for the plant and changing rooms is almost complete ready for laying of the concrete slab.

The site on Coldstream Road in Rangiora places the Multi-Use Sports Facility near other sporting grounds such as the Mainpower Oval for cricket, Waimakariri Hockey Turf and the Maria Andrews Park football ground. It’s also beside land earmarked for a proposed tennis club.

Once complete the facility will be operated by the North Canterbury Sport and Recreation Trust. Its expected construction will finish in around May 2021 ready for fit out.