The King Street/Johns Road roundabout will be out of action over the coming months as work to install large sewer pipes through the intersection beings.

The work is part of the Rangiora Central Sewer Project, and is the fourth of a nine-stage project that will address current problems by replacing old and deteriorated pipes, as well as to cater for future growth of Rangiora. 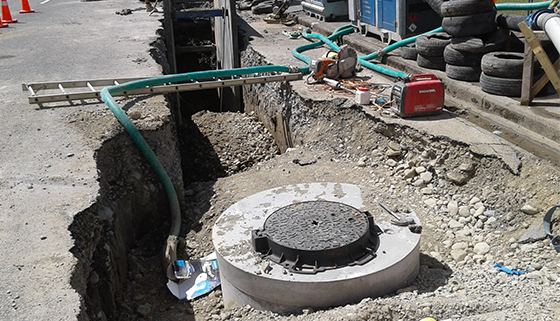 During this stage, the sewer will be laid across Johns Road and the King Street/Johns Road roundabout. In addition, ageing water and stormwater pipes within the intersection will also be replaced.

Before contractors can install the new pipes, the roundabout and traffic islands will be removed, starting on Wednesday. From this point onward, the intersection will involve various closures (outlined below).

Once these have been removed, new sewer pipes will be installed on the eastern side of the intersection, followed by the western side. Work at the intersection is expected to be completed in mid-May and will include various traffic impacts as contractors work to get the pipes in the ground.

“Currently it is under capacity, and overflows can occur during heavy rainfall. We apologise for the traffic disruption during the works, however we’re confident the end result will provide for a more reliable, future-proofed sewer network.”

Kalley noted that the dates are the Council’s intended programme, but could be subject to weather or ground conditions, and the location and condition of underground services.

“If there are any changes to these dates, the Council will ensure the public are kept well informed.”

Once work is completed at the roundabout, the installation of pipes will continue over the coming years north along King Street to High Street and the final stage of work will be along High Street, west from the King Street intersection. 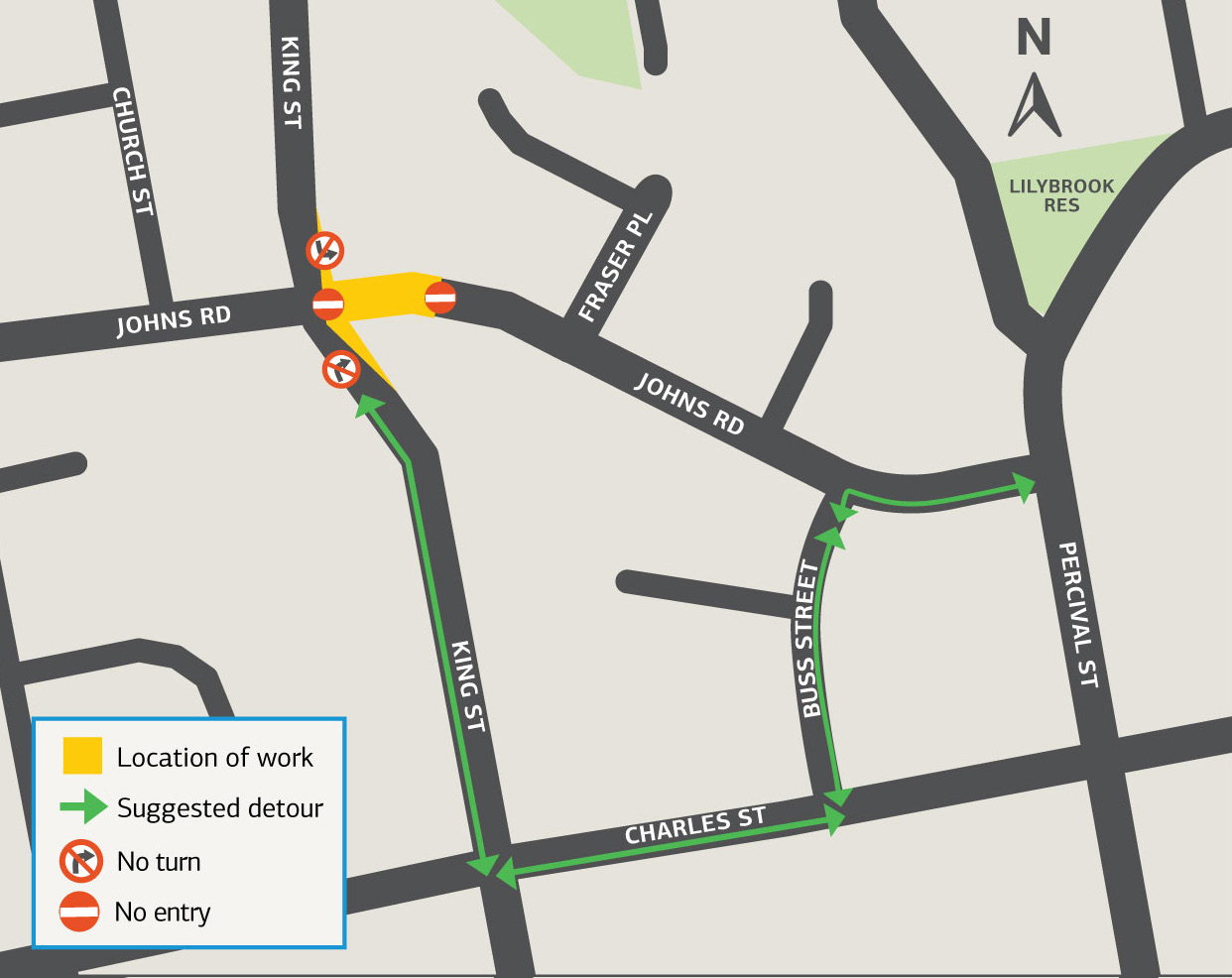 Detour route for phase one and two of works. 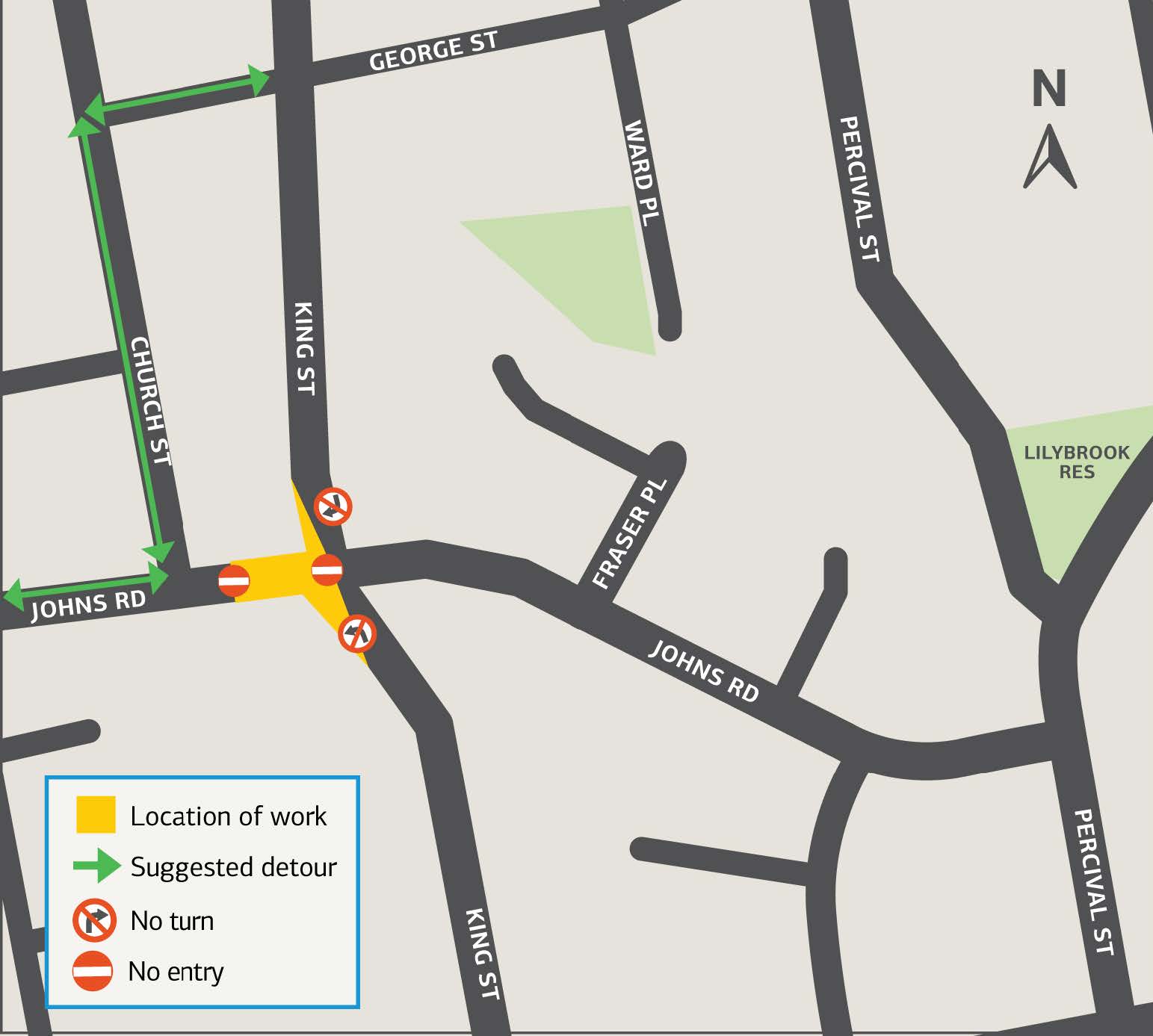