Woodend-Tuahiwi and Pegasus water supplies will soon be much more resilient following work to put infrastructure in place to physically join the two schemes. These physical works commenced following consultation on the project in 2016. 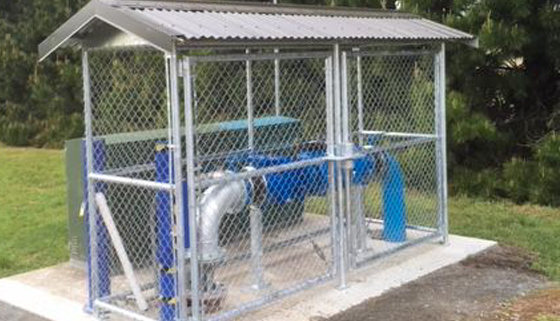 Council’s Water Asset Manager Colin Roxburgh says aside from catering for future growth, the proposal to combine the two water supplies was to increase resilience by sharing sources, storage reservoirs and pumping facilities, as well as improving the reliability of the treatment.

“Before the upgrade, Woodend-Tuahiwi operated on two wells. If there was a well outage it would have left them with only one, and water restrictions could have been required to get through an event like this without a loss of supply. Now the two schemes are combined, the supply is much less vulnerable.”

The project has come in $84,000 less than originally budgeted and is to be completed ahead of programme, with the completion date forecast of late May, rather than early July.

While the joining of supplies and modifications to the filter has occurred as planned, the removal of chlorine from the Pegasus supply has been deferred until central Government makes a final decision on treatment requirements for chlorination of water supplies at a national level.

The Drinking-water Standards for New Zealand are currently under review following the contamination event in Havelock North in 2016, where a gastroenteritis outbreak affected more than a third of the population and was associated with four deaths.

Originally, the Council planned to remove chlorine from the treatment process at Pegasus, allowing both supplies to be unchlorinated. However, as the new standards are not due out until later this year, the removal of chlorine from the Pegasus supply has not occurred at this time as part of the current work.

“Because of the uncertainty around water treatment, we don’t want to remove chlorine from some supplies just yet, in case we’re told to reintroduce it again,” says Colin.

Residents will be updated about the status of the water chlorination once the implications of the new Drinking-water Standards for New Zealand are understood.

In the meantime, residents on both the Woodend-Tuahiwi and Pegasus schemes should not notice any difference as a result of the final joining, although the combined scheme will be a lot more resilient and have less risk of a serious outage.