The proposal would see more coverage, with almost 2,500 additional homes gaining access to public transport in the growing centres of Rangiora, Kaiapoi and Woodend, and 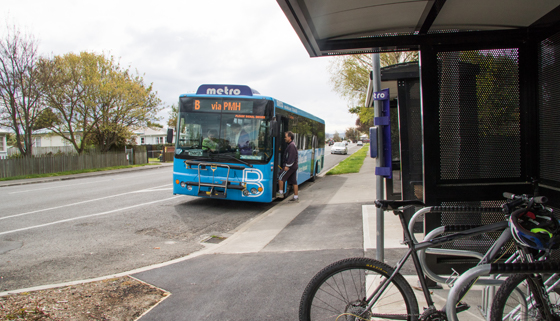 better connections, with the addition of two new Link services enabling people to travel between Rangiora, Kaiapoi and Woodend.

“We’ve taken a close look at the existing bus services in Waimakariri and considered what changes could be made to these to improve coverage and connections in the district. This is reflective of feedback we’ve heard from residents over recent years, including during last year’s Regional Public Transport Plan consultation,” said Wright.

One of the key changes proposed would see the Blue Line route change back to the way it used to travel before it changed in 2017, reconnecting Rangiora’s town centre with Kaiapoi, as well as covering more of Rangiora.

“We’re also proposing a reduction in the operating hours of the 95 Pegasus-City to travel to and from the city during peak hours only, based upon current usage of the service. This would allow us to reallocate some resources to establish two new Link routes, connecting local towns throughout the day,” said Wright.

The 95 route would also be modified to depart from Pegasus instead of Waikuku, and to travel through both Sovereign Palms and Silverstream.

Wright said that the reason for this proposal is that the number of people currently taking the 95 from Waikuku is unsustainably low – fewer than 10 boardings per day across all trips. “Because of the low level of usage, we can no longer justify continuing a service there and are proposing the resources are utilised elsewhere to offer better services to more people,” he said.

“We encourage members of the community to take a look at the changes we’re proposing and let us know if they agree, disagree or have other suggestions,” said Wright.

A full outline of the proposed changes is available here, and people can complete their submission online. A consultation document summarising all the proposed changes will be delivered to residents in affected areas this week, including a feedback form that can be filled in and sent back.

The Metro team will be out and about in the community during the consultation period, available to chat with residents and answer questions. A full list of where and when is available here.