The area surrounding the Rangiora-Loburn Bridge on the Ashley/Rakahuri River once again has a clean bill of health after the Canterbury District Health Board last night lifted its public health warning for the area.

The warning, which had been in place since February 12, was the second for algal bloom since the start of the summer. The bridge area of the river had had an earlier health advisory placed on it during the Christmas holiday break. That was later lifted in January. Algal bloom is not an uncommon occurrence in South Island waterways and lakes during the summer. 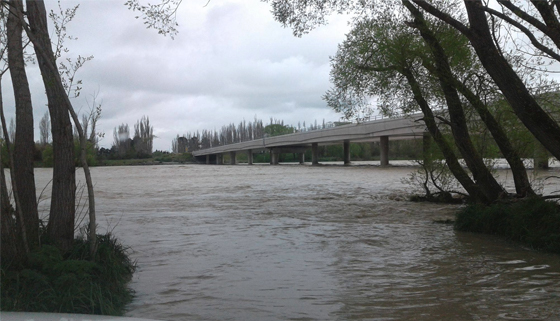 A health warning is currently in place for Pegasus Lake, while waterways in the Selwyn and Kaikōura Districts have also recently been the subject of restrictions as a result of water testing.

Recent cyanobacteria surveying of the water in the Ashley/Rakahuri River showed that the coverage of potentially toxic blue-green algae (benthic cyanobacteria) in the river had decreased below the levels that are of concern to public health.

Canterbury Medical Officer of Health Dr Alistair Humphrey says Environment Canterbury’s sampling of the Ashley/Rakahuri River will continue to the end of this summer and will then resume next summer, when there is increased likelihood of cyanobacteria growth.

The algae occur naturally but can increase rapidly during warmer months – river users are advised to treat every low-flowing river cautiously.