While the boil water notice remains in place for properties on the Oxford Rural No. 1 scheme, test results over the last two days indicate that the all clear could be issued soon. Traces of E.coli were detected late last week, which forced a boil water notice to be issued on the scheme. 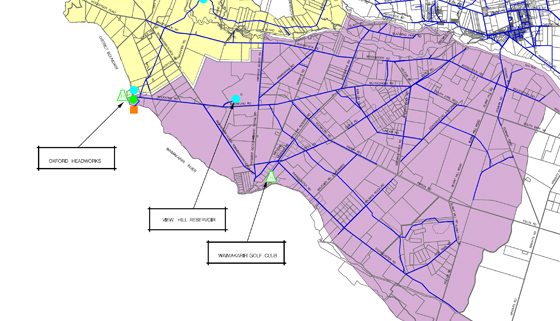 The notice covered properties that are located west of Wright’s Road, south of the Eyre River.

While E.coli is an indicator organism, rather than contamination in its own right, the precaution was taken to ensure the safety of residents of the households on the scheme.

Thus far, there have been no reports of anyone being affected by contamination but we are continuing to test the water to ensure all is well before the boil water notice is lifted.

The tests are rigorous, with samples taken from the scheme being analysed both in the council Water Unit’s laboratory and also at an independent laboratory in Christchurch.

Eight samples are taken in all; two each from four different locations on the scheme, so that four samples can be analysed at each of the two different laboratories.

The tests on samples taken on Friday and Saturday have both been clear, showing no signs of contaminants in the water from the scheme.

Further samples were taken this morning, and will be again tomorrow, before an assessment will be made as to whether it is safe to rescind the boil water notice.

Keep an eye on the council Facebook page and website for further updates tomorrow including (hopefully) the lifting of the boil water notice.