Coronavirus/COVID-19 Most of the Council facilities have re-opened. For all info and updates... Read more

The Waimakariri District has lost one of its most prominent advocates after the passing of the late Peter Allen. 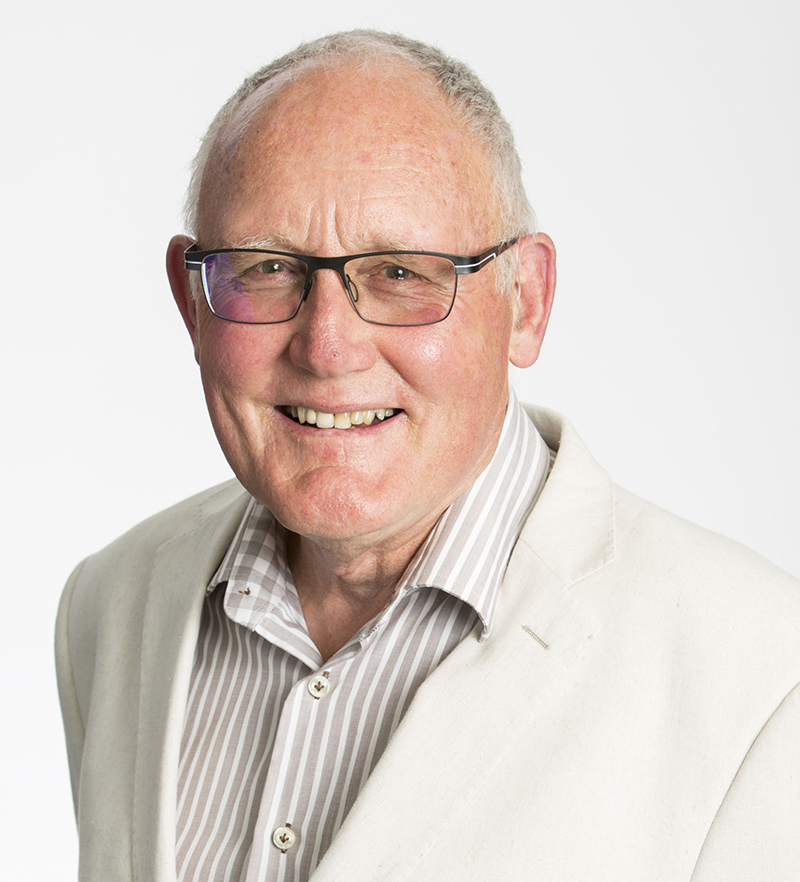 Councillor Allen compiled an impressive record of service to the community after arriving in the District in 1990 when he was appointed as Principal of Rangiora High School.

As Principal of Rangiora High School between 1990 and 2003, he led one of the South Island's largest schools with distinction.  Always conscious of the school's place in the North Canterbury community and its proud history, the school under Mr Allen's leadership was always an important and reliable partner with the Waimakariri District Council and other community organisations.

More recently, he led the Club's successful book sale, which has become a significant fund-raiser, providing money that has been steered into a variety of community undertakings.

Mr Allen's leadership of that project typified his love of community-related activities, and his willingness to take on any role he thought would make a difference to the betterment of his District.

His involvement and leadership of the North Canterbury Alpine Trust, which operates the Boyle River Outdoor Education Centre in the Lewis Pass area, was another fine example of his selflessness in pursuit of outcomes that provided wider good.

The Outdoor Education Centre is a largely Waimakariri project, with the Rangiora and Belfast-Kaiapoi Rotary Clubs and the Kaiapoi and Rangiora High Schools its prime movers.

A life-long involvement in the education sector convinced Mr Allen as to the importance of the role that secondary schools play in the wider community.

He gave effect to that belief while Principal of Rangiora High School through his membership of the Waimakariri Safer Community Council and in later years the Wellbeing North Canterbury Community Trust.

Mr Allen also contributed richly to local Anglican parishes, and the wider church in the District, through a variety of roles and projects including the restoration project of the St John the Baptist Church building in Rangiora.

In 2010, Mr Allen stood successfully for the Waimakariri District Council.

It is a testament to his performance as a Councillor that his subsequent re-elections in 2013 and 2016 were characterised by high polling numbers.

After his election, Councillor Allen volunteered for the portfolio that was at the time loosely termed "community development". It was a pursuit he championed, retaining the portfolio for the duration of his time on the council.

Rarely has an appointment been so appropriate for what proved to be an incredibly demanding time, both for the District, and for its leaders.

The 2010-11 earthquakes unquestionably provided the greatest challenge that the District had faced in modern times.  Councillor Allen and his colleagues took the view that people had to come first in the recovery process in order to retain Waimakariri's character as a tight-knit and highly proactive community.

As a councillor, Peter Allen was thoughtful and well-prepared, Mayor David Ayers says.

He weighed up the different sides to issues carefully, assisted by his academic background as a geographer.  His astuteness will be very much missed around the table.

One of the important roles that stemmed from the earthquake recovery was his appointment to represent the District on the Rural Canterbury Primary Health Organisation, which helps deliver CDHB services through most of the local medical practices in Waimakariri, Hurunui, Ashburton and Kaikōura.

Councillor Allen's input within that organisation was recognised by his appointment firstly as Deputy Chairman and then, on occasion, acting Chairman.

While the position required a huge time commitment, such was his way; it did not prevent Councillor Allen from pitching in, in other areas, when he saw the need.

This was especially so in the Youth arena, where he was a strong advocate around the Council table and participant in the Waimakariri Youth Council, while the link to wellbeing work was strengthened further by his influential participation in the Waimakariri Health Advisory Group.

His outstanding contribution across the community was recognised as recently as this week when he was honoured alongside 20 of his peers at the Waimakariri Community Service Awards.

Councillor Allen's daughter Catherine, and sons Stephen and Michael, accepted the award on his behalf.

Councillor Allen was raised and educated in the Waikato. His career in education brought him to Waimakariri via Te Puke, the United Kingdom, Dargaville and Taupo before he arrived in Rangiora.

He was something of a film buff and he enjoyed a wide range of outdoor activities, including canoeing and mountain-biking.  As recently as March this year, he took part in the Rakahuri Rage biking event in Rangiora.

He left Rangiora High School in 2003 to become Director of the Teacher Advisory arm of the Christchurch College of Education.

Councillor Allen is survived by his wife Helen, daughter Catherine Bish, sons Stephen and Michael and three grandchildren and the Council extends its condolences to them. ​