The Oxford library and service centre is getting a major upgrade.

As a result of the earthquakes of 2010/2011, the Oxford service centre suffered some structural damage. To keep the building at the preferred safety level of 67% of New Building Standard, an interim measure of applying large concrete supporting blocks to the exterior was put in place.

Permanent strengthening work was a necessity.

A team of architects and engineers recommended that a partial demolition of the eastern section of the building would provide a safer, long term solution.

The eastern side of the building, currently used for library materials, will be demolished and rebuilt. This will enable the provision of more windows, including a north-facing aspect. It will also allow for more usable floor space by removing two storage rooms and a toilet.

Rebuilding the library section will allow for more natural light into the building - the proposal is for north-facing windows which will potentially provide a very good reading area.

Construction is scheduled to begin in August 2016, and the estimated completion date is May 2017. 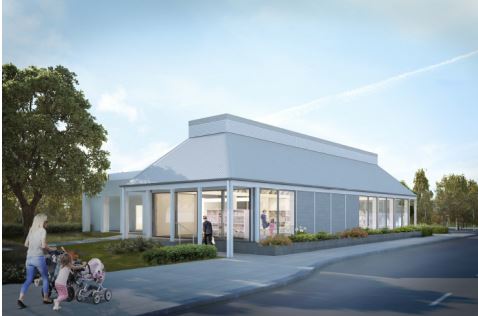