The Waimakariri District was hit by a significant rainfall event on the 29-31 May 2021. While this event mainly impacted the rivers and roads, there were a number of urban areas that were affected.

The recent storm event highlighted areas where drainage is a problem or where there are localised maintenance or system capacity issues.

The Council has received over 250 service requests related to the May 2021 storm event and the following smaller event on 20 June 2021. Our Drainage team are working hard to respond to and address all of the issues raised.

If you experienced flooding from the May event that is of concern, please log a service request so we can investigate for you. 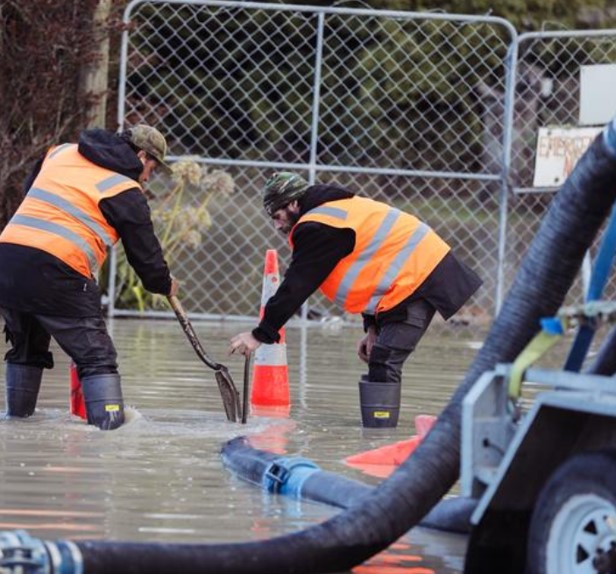 Numerous drainage investigations are underway to address issues highlighted by the heavy rain event. This investigation work may include:

The key areas being investigated by the Drainage team are:

In addition, the Council's Roading team are undertaking a number of investigations and work to repair slips and bridges throughout the District. 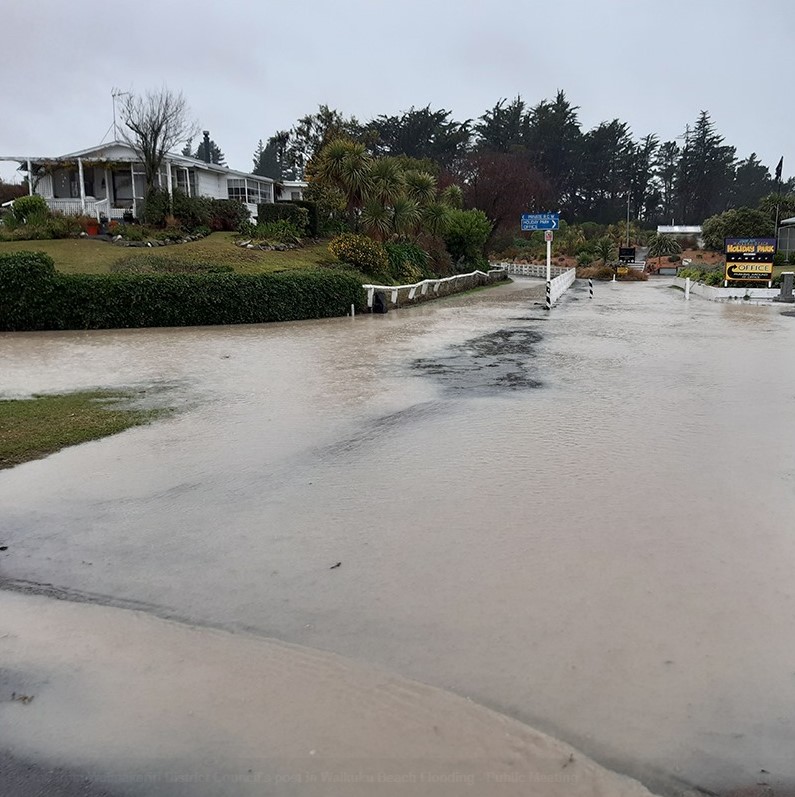 The Drainage team has been working with Environment Canterbury River Engineers as well as the Roading and Greenspace teams to address a number of the issues identified in the Waikuku Beach area.

A public meeting was held on Tuesday 6 July 2021, which was well attended by members of the community. View the Waikuku Beach flooding community meeting presentation.

The Council had undertaken a number of improvements and upgrades following the February 2018 Cyclone Gita event. Information on this work can be found in the Waikuku Beach Drainage Memo.

The following table sets out the six main areas of investigation in the Waikuku Beach area following the most recent flood event.

Council drainage staff are aware of a number of other drainage issues from service requests and also feedback received following the public meeting. We will follow up on these and provide a response. This includes areas in Park Terrace, Beach Crescent and Rotten Row.

We also received a number of calls regarding the Northside Drive stormwater management area (SMA) and the drain along the west of this area. We have since identified and removed a blockage from the outlet pipe from the SMA. We will also inspect the condition of the drain to determine if we need to undertake some maintenance.

In general the stormwater system in Kaiapoi performed well, however there were two locations, Kiln Place and Cridland Street West, where flooding was experienced.

Further investigation work undertaken since the meeting has identified and removed a substantial blockage from the pipe under the railway line (refer below). While this has addressed the issue that caused flooding during the most recent event, we still have a project to upgrade the sumps at the low point in Kiln Place. This works is planned to be undertaken in August 2021. Longer term we will also look at options to provide a secondary flow path from the Mansfield Park catchment.

A partial blockage was found in the pipe out to the Cam River, which has now been removed. Further investigation will be undertaken for this catchment to determine if further upgrades are required.

A problem was experienced with the flood gate on the Beach Road culvert which carries the Kairaki Creek. This culvert has two pipes (owned by the Council) each with a separate flood gate (owned by Environment Canterbury). One of these gates had become jammed open, while the other continued to operate as normal. At that time, due to the very high-water levels, it was not possible to identify the problem. 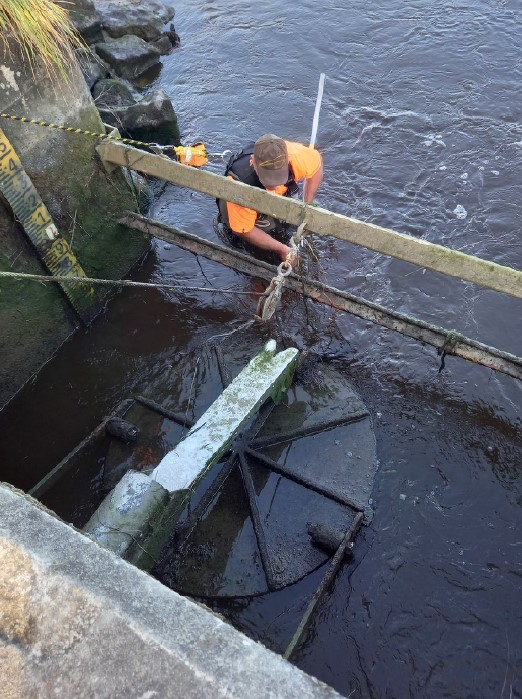 Because of the uncertainty around the cause of the flood gate issue and the risk from flooding at high tide, a number of residents were requested to evacuate. To try to keep up with the inwards flow, a digger was positioned at the culvert to hold a steel plate against the upstream inlet during high tides, and a large 12’ pump installed. This successfully prevented any further flooding issues during the high tides.

Once the water level in the Waimakariri River dropped, more of the flood gate was exposed, which allowed a closer inspection of the issue. Environment Canterbury were able to identify the issue and restore the flood gate to normal operation.

Unfortunately, the issue arose again at the more recent high tide. However, it was quickly fixed, and the problem has been temporarily resolved by putting a large concrete block just downstream to stop it over-extending.

Environment Canterbury have already budgeted a significant upgrade to the downstream headwall structure, as it is acknowledged that the current arrangement has a number of faults.

Work will also be required on the upstream headwall structure, which Council will need to address. Other considerations as part of this work are ensuring continuity of the stopbanks and providing safe pedestrian access at this location.

The Council will proactively work with Environment Canterbury to ensure a good outcome for this project.

If you would like to know more about any of the above drainage works, please contact the Councils drainage team on 0800 965 468.