Recently the Council asked the community whether it was time for speed limits to be changed on Rangiora Woodend Road and surrounding roads.

A total of 230 surveys were returned, and over half of respondents indicated a desire to reduce speed limits on all of the roads.

Feedback has been considered along with other factors, and new speed limits are now being proposed.  We want to hear what you think.

To re-cap, the roads under review are:

It’s therefore an appropriate time to review speed limits on Rangiora Woodend Road. Other roads were included in the review to maintain consistent speed limits in this area.

The factors considered when reviewing speed limits include:

The 2017 Speed Limit Setting rule recommends that, once a new speed limit is in place, the average speed  of vehicles on the road is  no more than 10% higher than the new speed limit .  Surveys carried out on all roads being considered indicate that current speeds meet this threshold, except for Gressons Road and the section of Rangiora Woodend Road between the proposed Ravenswood Roundabout and School Road.

The graphic below outlines the process when the Council reviews speed limits and other factors that are considered. 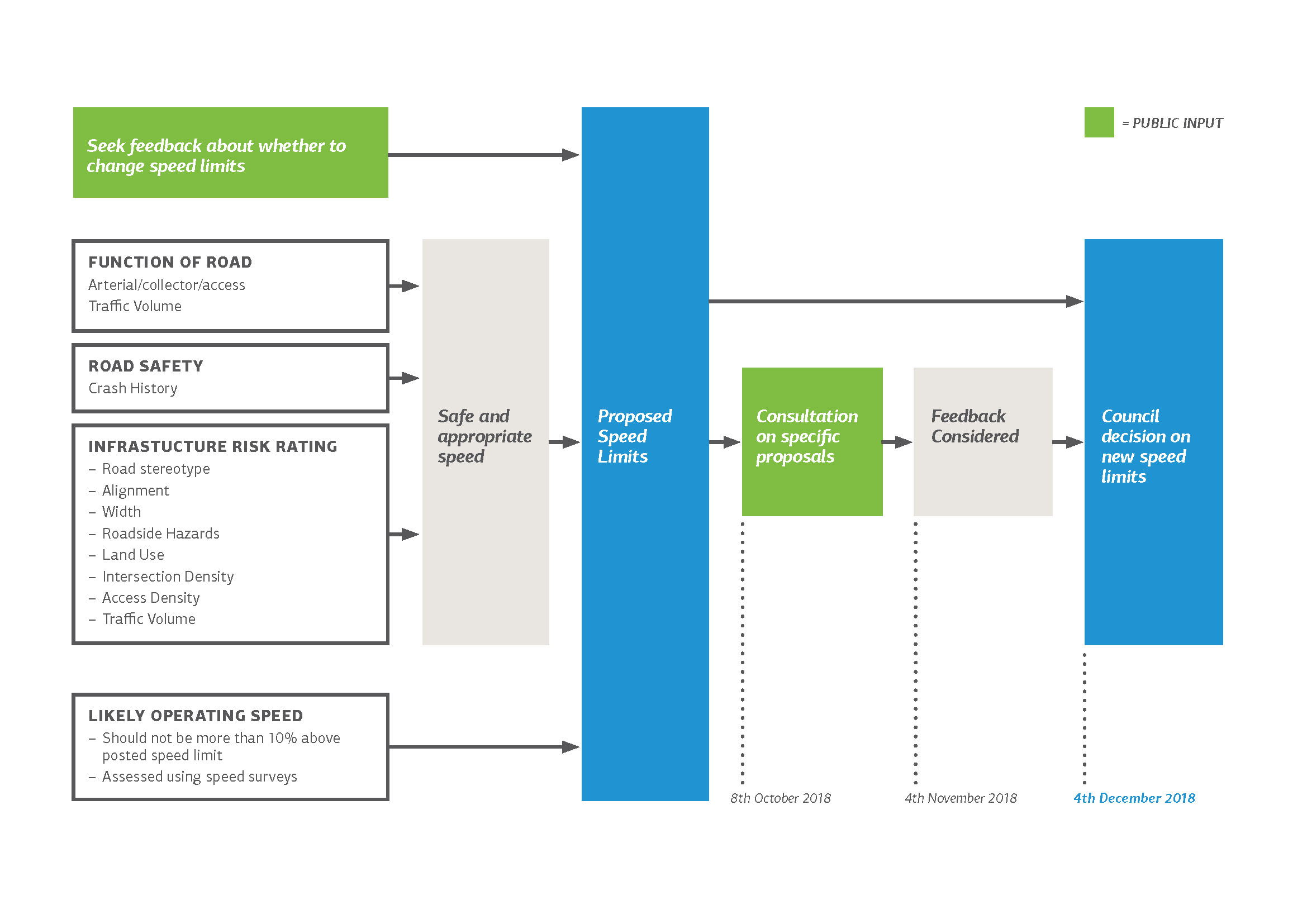 The Council is proposing new speed limits for the six areas outlined in the table below:

Below is a map showing the proposed changes 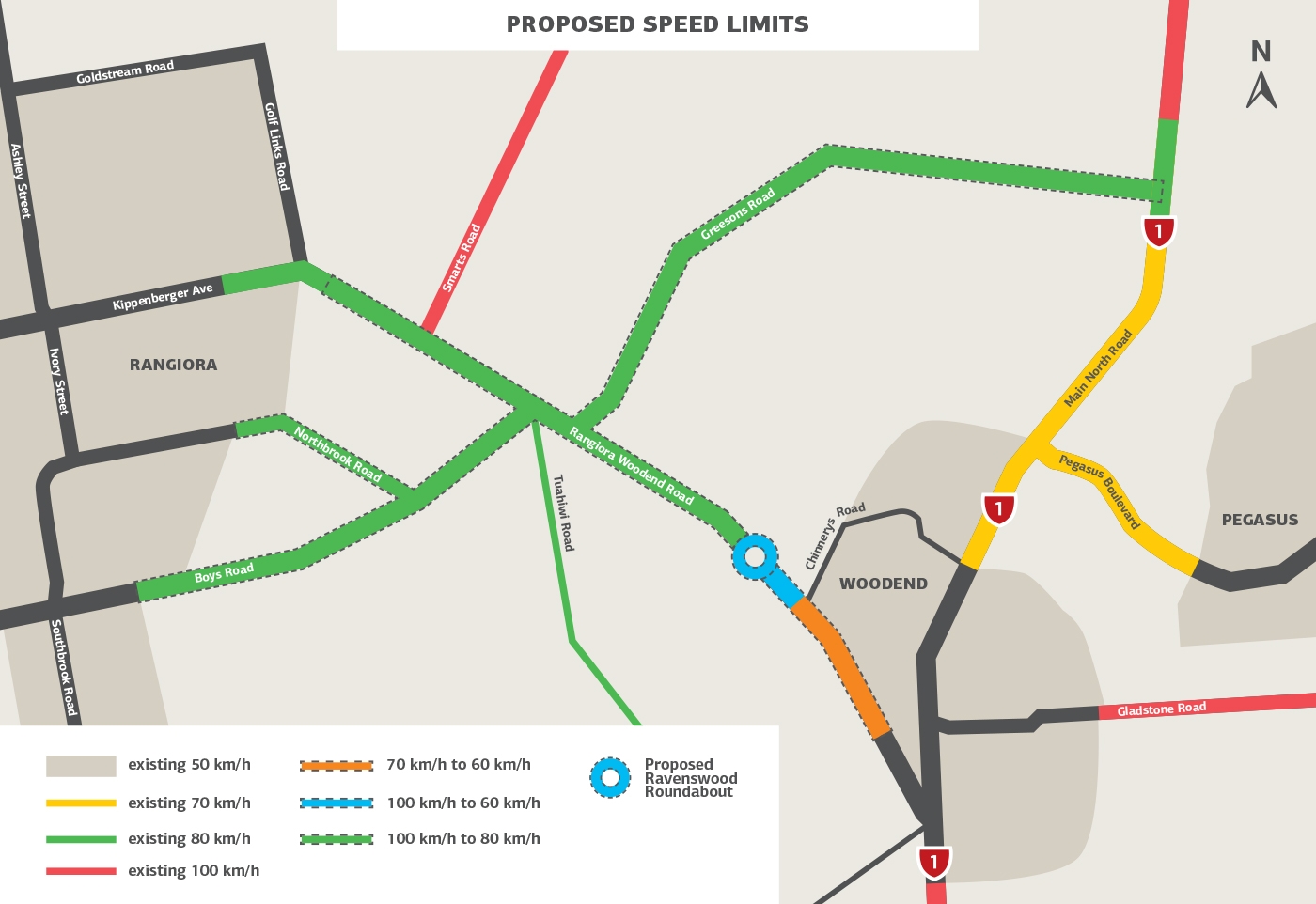 The assessment for each road being considered is summarised below.

To find out more, drop in at an information session where our staff will be available to talk through the proposals in more detail, and answer any questions you may have.

NZTA staff will also be available at this drop in session to discuss safety on State Highway 1.

If you can't make it to the drop in session and you have questions, you can tell us what you think below, and you can also give NZTA your feedback about SH1 Woodend Corridor safety improvements.

Alternatively you can contact Bill Rice, Senior Transport Engineer on 0800 965 468 or email mailto:office@wmk.govt.nz

We want to know what you think of the speed limit proposals. Please provide your feedback no later than 5 pm, Sunday 4 November.