Let's Talk About a Cycle Connection to Christchurch

We’re creating a safe route between Waimakariri and Belfast to make it easier for people on bikes to commute and connect to and from Christchurch. We would like your feedback on the proposed route. 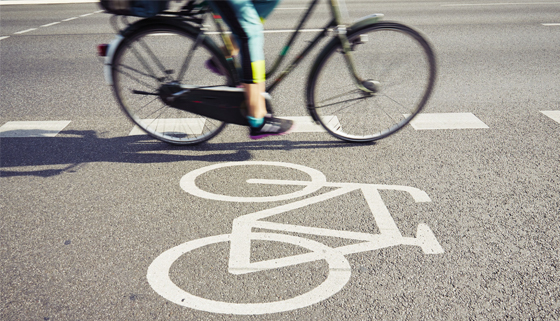 This project is an opportunity for Council to provide cycling connections to the Kaiapoi Town Centre and other key destinations.

When heading north from the Northern Motorway Bridge, the proposed route would run along the western side of Main North Road to Vickery Street, through to the Mafeking Footbridge to connect to the Passchendaele Memorial Path.

The route has been split into two stages. Stage one is from the northern side of the Waimakariri River to Williams Street. Stage two is from Williams Street to the Passchendaele Memorial Path.

We want to hear what you think of the proposed route, including your preference on how we get people on bikes from Williams Street to the Memorial Path.

Why we’re doing this

The New Zealand Transport Agency (NZTA) are constructing a new road to connect to Cranford Street in Christchurch.

This gives the Council a great opportunity to provide a direct and safe link from the Waimakariri District to Christchurch.

The Christchurch Northern Corridor project is expected to open in June 2020. Our aim is to have the section of path from the Tram Road/Main North Road intersection to the south of Kaiapoi ready in time for the opening. 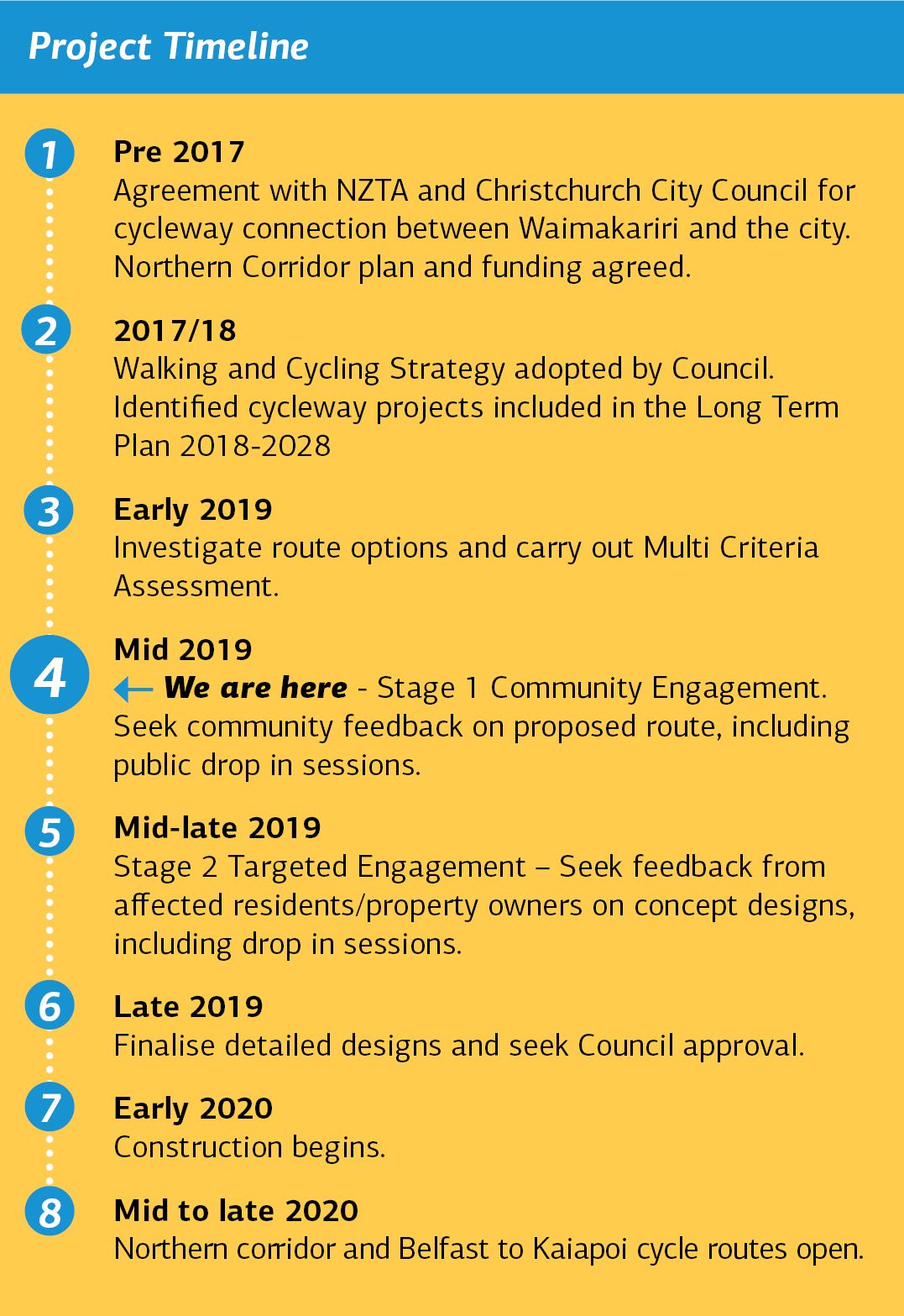 This route would be a 2.5m wide two-way path separated from traffic, and would be built as stage one.

Other routes investigated and assessed included:

The project team carried out extensive Multi-Criteria Assessments of the above options. Included in these assessments were:

The MCA was carried out in partnership with NZTA and was peer reviewed by an independent Road Safety Engineer. Based on the assessments, the Main North Road route via Kaiapoi is considered the preferred option. You can view the assessment results here.

Williams Street in its current state is not an option for the cycle route. To make it viable, it would involve removal of most on-street parking, significantly impacting the business community. This route is not being considered further for these reasons.

A parallel route to Williams Street, by using Vickery Street and Peraki Street is being considered. The route would connect to the existing off-road shared path from the Fuller Street/Peraki Street intersection.

An alternative route also under consideration follows Vickery Street, Willock Street, Hills Street, and Carew Street to link to Peraki Street. This would also connect with the off-road shared path from the Fuller Street/Peraki Street intersection.

The connection from Willock Street beyond Ohoka Road would use an existing pedestrian access through to Hills Street. Each of these options will consider safe crossing facilities over Ohoka Road as well as impacts on other road users.

Here is a map of the proposed route.

Before we begin designing the cycle route, we want to hear from cyclists, people interested in riding a bike on this, and other connecting routes, and property and business owners about what they think.

Other things that will be considered during the design phase include driveway and intersection layouts, on-street parking effects, traffic calming and other safety measures. We will also be looking at which routes people travel most in their cars, destinations and traffic volumes near the proposed route.

Once we’ve received your feedback, we will prepare initial concept designs and come back to you to see what you think.

We are holding two public drop-in sessions where you can find out more, and share your ideas with the project team:

Further consultation about the cycle route will be undertaken with residents, property owners and businesses along the route later this year.

Come along and talk to us or tell us what you think by 8am, Monday 12 August at waimakariri.govt.nz/letstalk or return this feedback form to records@wmk.govt.nz